What is Trans-Pacific Partnership? 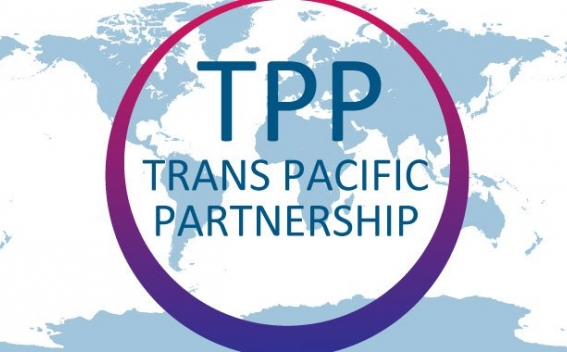 12 countries in the Asia-Pacific region - the United States, Japan, Canada, Australia, New Zealand, Mexico, Peru, Chile, Malaysia, Brunei, Singapore and Vietnam – signed an agreement to establish a Trans-Pacific Partnership (TTP) in New Zealand's  Auckland city, which the parliaments of the member countries must ratify within two years. It is expected that within the framework of the Trans-Pacific Partnership a free trade zone will be created. It should be noted that in this regional economic structure a 40% of global GDP is included.

The proposal to establish TPP was made in 2003 by the three countries - New Zealand, Singapore and Chile. In 2005, Brunei became a party to the negotiations, and in the same year, the four countries signed an agreement on the establishment of the TTP, which came into force in 2006. Further, over the past two years, the new organization practically did not manifest itself. Only after 2008, when this project interested the United States, which wished to participate in it, other countries of the region also expressed their desire to join the project. From 2010 to September 2013 the countries held 19 rounds of formal negotiations on the draft agreement on the TTP. On October 5, 2015 in Atlanta (USA) an agreement was reached on the Trans-Pacific Partnership.

According to many experts, this project, which was one of the main points of the agenda of the presidential administration of US head Barack Obama, will be an alternative to the APEC (Asia-Pacific Economic Cooperation). According to Washington, the latter was not a very effective structure in terms of promotion of American interests in the region. With the help of this project, Washington wants to balance the growth of Chinese influence in the region. It is not a coincidence that the PRC was not included in the unit. "When more than 95% of potential consumers of our products live outside the US, we cannot allow countries like China to determine the rules of the global economy. Those rules should be written by us, opening new markets for American goods." – BBC quotes Obama's words.

Despite the fact that the Trans-Pacific Partnership does not affect the economic interests of Russia, the strengthening of the US position in the region, obviously, cannot be desired by Moscow, but Moscow has so far refrained from estimating this regional partnership.