Turkey Knows How to Get Benefits from the Migrant Crisis 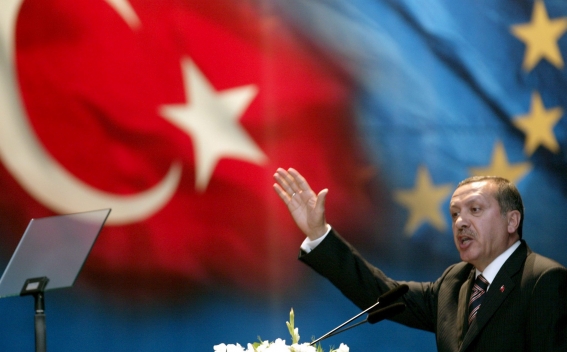 The refugee crisis has become a real headache for the EU, such a headache that has made the European leaders put aside all the differences with and sit down around a table. After more than 12 hours of discussions in , the European leaders and have come to a preliminary deal, a final decision left to be made at a European summit in on March 17-18.

The talks, however, give a hope that some positive changes in the migrant crisis will be recorded. "Days of irregular migration to are over," the EU Chief Donald Tusk said, independent.co.uk reports.

"It has been a long and difficult evening but I think we do have the basis for a breakthrough which is the possibility that in future, all migrants who arrive in will be returned to ," Cameron said in his turn.

According to the Guardian, the agreement reached can conditionally be called "one in, one out" as it presupposes to resettle one Syrian refugee in Europe for every Syrian returned to from the Greek islands.

Though the provisions of the preliminary agreement satisfy the EU leaders, particularly , the UN has expressed some reservations saying that "the blanket return of all individuals from one country to another", without their protection under international law is not acceptable.

"Legal safeguards would need to govern any mechanism under which responsibility would be transferred for assessing an asylum claim," the UN High Commissioner for Refugees (UNHCR) said in a statement, Al Jazeera reports.

Turkish Prime Minister Ahmed Davutoglu, who was in and was taking part in the summit, seems to have gone there with great expectations and intention to get as much from the EU as possible. He came up with several proposals, claming that it will help deal the migrant crisis. 's proposal includes paying it €6bn (£4.6bn) over three years, twice the €3bn offered last November. "We are not here just to talk about migrants. Of course 's EU accession process is an issue for us here," Davutoglu's spokesman said without giving much details of their proposal, yahoo.com reports.

Though details are not being voiced, some called them "radical" and "complex" that cannot be reached so easily. "There was convergence in practical issues and this is positive. We did not reach an agreement because ’s proposals were extremely radical for the majority of the EU member states," Alternate Foreign Minister responsible for European Affairs Nikos Xydakis stated, greekreporter.com writes.

It is obvious that under the prerequisite of solving the migrant crisis, is solving its own problems. How is the EU going to monitor how Turkey will spend the money that it is ready to give? Maybe, it will be more interesting to end the article with Erdogan's expectations from the EU summit:

"They promised to give us €3bn, four months have passed since then. The prime minister is in right now. I hope he returns with that money," The Guardian quotes his words.