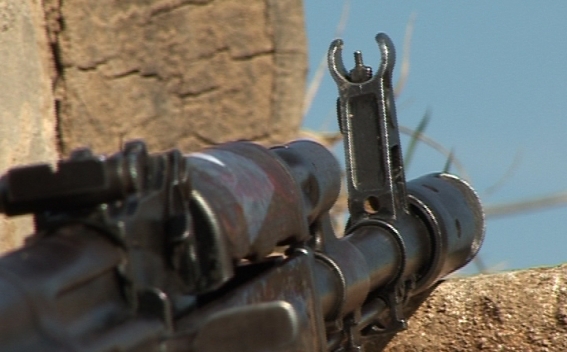 According to operative data, on March 23 and on the night of March 24 on the contact line of Karabakh and Azerbaijani forces, the Azerbaijani Armed Forces with small arms of various calibres fired over 1,100 shots in the direction of Armenian positions, the press service of the NKR Ministry of Defense informs.

In addition, the opponent used a grenade launcher AGS-17 in the contact line between the north-eastern direction.

It is noted that the frontline units of NKR Defense Army control the operational situation and continue with confidence to perform the combat mission set before them.