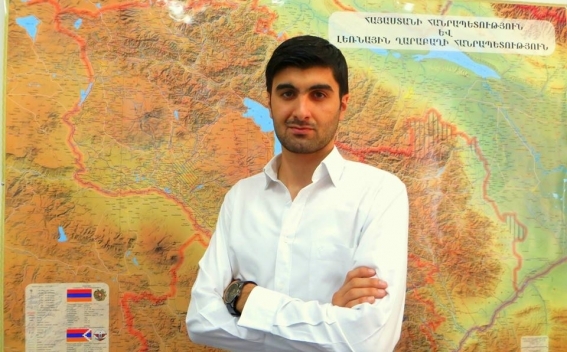 The four-day Karabakh-Azerbaijani war is completed, and now international experts and political scientists try to analyze the reasons for this escalation of the conflict, its course, including the creation of new situation. From this point of view there is also a need to pay special attention to the question of the "fault" or responsibility of the international community and, in particular, the countries of the OSCE Minsk Group (both in general and separately) who have a mandate to settle the Karabakh conflict.

To have a clear understanding of degree of their fault, important facts should be considered.

The start of hostilities across NKR border by Azerbaijan was nothing but a flagrant violation of the Ceasefire Agreement signed on May 5, 1994, in Bishkek between Armenia, Azerbaijan and Nagorno-Karabakh Republic with the Russian mediation. In addition, the unprecedented attack of the Azerbaijani side was also a flagrant violation of the proposals of the OSCE Minsk Group "to strengthen the truce of the Nagorno-Karabakh conflict."

However, as the four-day war unleashed by Azerbaijan showed that the OSCE Minsk Group co-chairing countries - the US, France and Russia - in fact were unable to take the necessary steps to stop the escalation of the conflict, in order to prevent possible military action by Aliyev. Obviously, the co-chairmanship of the Minsk Group, despite the fact that it consists of three permanent UN Security Council member countries, have made such omissions in their activities that led to the current situation. From the given omissions, perhaps the most prominent one is insufficient stiffness and the very small number of addressed statements concerning the war rhetoric of Azerbaijan and border incidents of the recent years. At first glance it seems that the presence of such powers, which are the US, the EU (represented by France), and Russia should have increased the efficiency to their mediation and reduce the likelihood of a violation of the commitments by any of the parties. However, as we have  witnessed many times and we witnessed it at the beginning of April, this factor does not suppress the authorities in general, not refraining them from commiting war crimes against the civilian population. Thus the behavior of Baku is nothing than a blow to the authority of the OSCE MG Co-Chairs - both in terms of power-centers and as mediators.

It is also noteworthy, that in addition to its part of fault, shared with other members of the Minsk Group, Russia also has an additional responsibility for the incident. As it was mentioned above, the agreement of 1994 cease-fire was signed in Bishkek under the mediation of Moscow. Consequently, as a mediator for one of the key documents - Bishkek agreement - that became the basis for conflict settlement, Russia should feel more responsibility and additional commitment to halt the escalation of conflict in the sense of the possible retention of the Baku military adventures. This omission by Moscow showed its inconsistency with respect to the obligations of private mediation.

The inconsistency of Russia manifested itself not only in the role of mediator and co-chairing country of the OSCE Minsk Group, Moscow also made omissions as a strategic ally of Armenia. Logically, the Russian side was supposed to be the most interested in the peaceful settlement of the conflict, since any escalation is a direct threat to its strategic ally - Armenia. However, as we saw in the case of Russia, this logic does not work. Putin’s call to the sides only on the third day after the start of hostilities, the Russian origin weapons used against the NKR give raise many questions, as there is a clear understanding that strategic alliance cannot be one-sided.

To summerize, we can note that, despite the fact that the main culprit in a new escalation of the conflict on the border of Nagorno-Karabakh Republic and in dozens of casualties are the Azerbaijani authorities, in parallel to them (consciously or not) have the co-chairs of the OSCE Minsk Group both as a whole and each one of them separately their share of guilt for inaction.