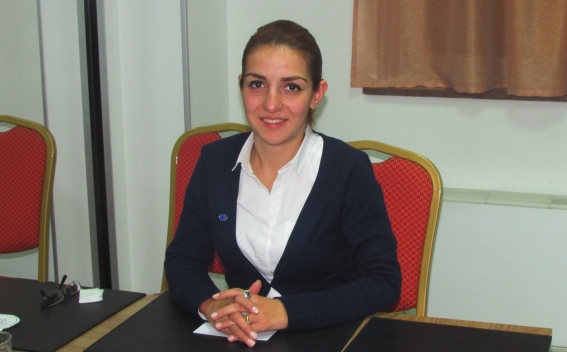 The four-day war in Nagorno-Karabakh Republic unleashed by Azerbaijan appeared not only on the agenda of the countries in our region, but also on the world agenda, including the European Union. The reaction of the EU in general was a very weak one. Both on the level of Member States and on the level of EU officials, in particular, High Commissioner Federica Mogherini, there was a call to both sides to cease hostilities and stay loyal to the political process in the framework of the OSCE Minsk Group format. Although the interests of individual countries in this matter could have some differences, however, in general it can be stated that the conflict escalation in the South Caucasus is not in the interests of the EU.

Let’s refer to some of the reasons why the EU does not want war.

First, the European Union, with the engagement of its neighboring countries initiated the European Neighbourhood Policy (ENP) and in its framework - the Eastern Partnership (EaP), which includes Armenia. The main purpose of both the ENP and EaP is to ensure stability in the region. The involvement of the neighboring countries in conflicts, unleashing military actions by them is perceived as a direct threat to EU’s own security, and the EU takes steps  to prevent such developments. The EU foreign policy concept in total is based on the principle of avoidance of possible instability and crises in neighboring territories. Among other issues, war is seen as a new cause of migration flows which today is more than undesirable for the EU.

Second, the escalation of the conflict in the South Caucasus will inevitably lead to the strengthening of Russian influence in the region. And this, of course, is not in the EU's interests.

Third, the involvement of both Azerbaijan and Armenia  in the conflict means a change on the agenda of their foreign policy, a more hardened position on some issues and growth of expectations. It should be recalled that last year the EU began a process of revision of the European Neighbourhood Policy, in parallel, negotiations began around the document for providing the legal basis of the EU-RA bilateral relations. The format of cooperation with Azerbaijan is also being discussed. The state of war hinders these processes, leaving the countries outside EU’ orbit.

The list of EU interests, of course, is not complete, since each of the EU Member State may have its own principles and approaches.

In addition, it should be noted that the representative of the EU, France, is one of the mediators in the settlement of Karabakh conflict, being one of the OSCE Minsk Group Co-Chairing countries, and the resumption of the war is an indirect blow to the credibility of the latter.

At the same time it should be noted that the EU member states also had their indirect influence on the deterioration of the situation. Indifference to the belligerent policy of Azerbaijan, ignoring its adventures, in the end, created an atmosphere of impunity, the consequences of which we are now feeling.