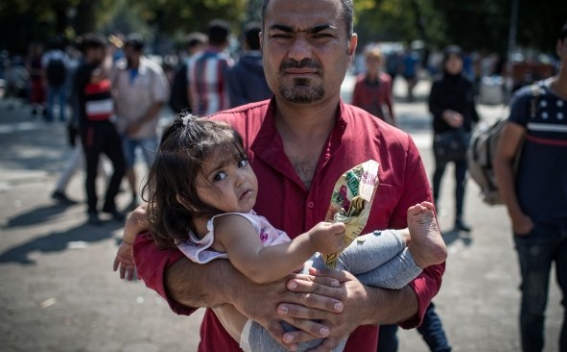 The "headache" of Europe still has not been possible to cure. Moreover, day by day it is becoming even severe and the expensive remedy (EU-Turkish deal) that was expected to relief the pain, does not help at all.

The Parliament of Vienna adopted a new asylum law so as to be able to fight the migrant crisis. The law was adopted with 98 votes for and 67 votes against. The new law allows the government to declare a "state of emergency" if migrant numbers suddenly rise and to reject the claims of most asylum-seekers at the border, Politico writes. The law also makes it more difficult for the families of the refugees to go to Austria. Though this law should still pass Austria’s second parliamentary chamber, many consider this a formality and expect that the law will already be fully implemented from June.

It should be reminded that far-right candidate Norbert Hofer from the Freedom Party of Austria (FPO) won the first round of presidential elections on Sunday. If Hofer, who has run an anti-immigrant and anti-Europe campaign, wins the next round of Presidential elections, this will be the first time since 1945, Austria will not have a president backed by either the left leaning SPÖ or the conservative ÖVP, Express reports.

"This is the beginning of a new political era. Today political history is being written in Austria," FPÖ leader Heinz-Christian Strache said. Though the role of President in Austria is more a symbolic one, the elections will become a kind of a litmus test for the ruling coalition government.

Anti-migrant sentiments in Austria have risen recently due to a large number of refugee influx, which cause problems to the country. Previously Austria was carrying out an open-door policy towards migrants like the German Chancellor Angela Merkel. However, only in 2015 Austria received 90,000 asylum requests, the second-highest number in the EU per capita, which caused to the changes of the attitude, claiming that Austria cannot shoulder the whole world’s burden.

In addition to this law Austria intends to build a fence on the border with Italy. This has been seriously condemned by various officials. "The Commission is very concerned. For the moment we have only seen announcements in the press, but if these plans should materialize then we would have to look at them very seriously," Natasha Bertaud, a spokeswoman for the institution said, Politico writes.

In his turn the Italian Prime Minister Matteo Renzi criticized the Austrians, saying they were acting "shamelessly against European rules, as well as being against history, against logic and against the future."

One should ask here -what are the European values? Does it mean helping a country to massacre innocent people. After the EU-Turkey deal the European Union put under question lots of its values.