Is Turkey Really a Reliable Partner for the EU? 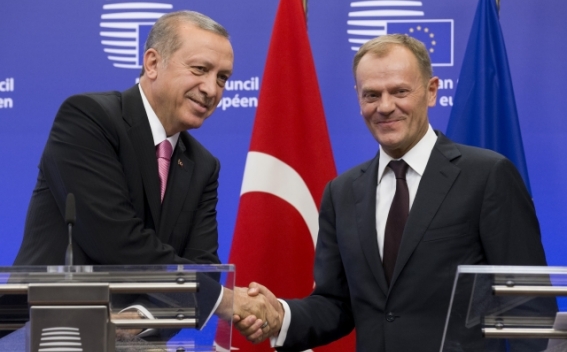 President of the European Council Donald Tusk has called Turkey "the most reliable partner in the region." Tusk said this in an interview with German newspaper Bild. If such words were said months ago, it would not cause so much surprise, as they do now. After June 2 Bundestag decision to recognize the Armenian Genocide, almost every day we hear hate speeches from Turkey particularly against Germany, also threatening to cancel the EU-Turkey migrant deal.

In such circumstances, one would expect from the EU high officials criticism towards a country, which wants to become an EU member state, but is not ready to accept its historical truth and threatens anyone, who does so.

"Yes, Turkey is the most reliable partner in the region, and it is in a difficult situation: weekly terrorist attacks, insecure borders with Syria, Iraq and Iran. Plus more than two million refugees in the country. Therefore we owe Turkey both: solidarity and criticism," Tusk said, Sputnik News reports.

But do the EU criticize Turkey in a proper way, so as the latter takes it seriously and does its best to carry out certain reforms? Now the EU declares that they will grant Turkey visa-free regime only when it fulfills all the requirements. Will it really be the case?

It is quite doubtful, taking into consideration two factors: first, the EU considers Turkey an important partner mainly because of the migrant crisis. Second, Turkey continues threatening the EU to break the EU-Turkey migrant deal, if it is not granted a visa-free regime.

"They say, 'I am going to abolish visas and this is the condition.' I'm sorry, we're going our way, you go yours. Agree with whoever you can agree," Erdogan said referring to the demand of the EU to reform the anti-terror law in Turkey, Al Monitor writes. The series of threats did not end with this. After the recognition of the Armenian Genocide by German Bundestag, Erdogan threatened to "leave" Europe to deal with its migrant crisis alone, saying that Germany "blackmailed" Ankara by recognizing the Armenian Genocide. Thus in such circumstances, when mutual interests are higher than commitment to values.