A Format for Further Talks on Karabakh Issue was Fixed in St. Petersburg 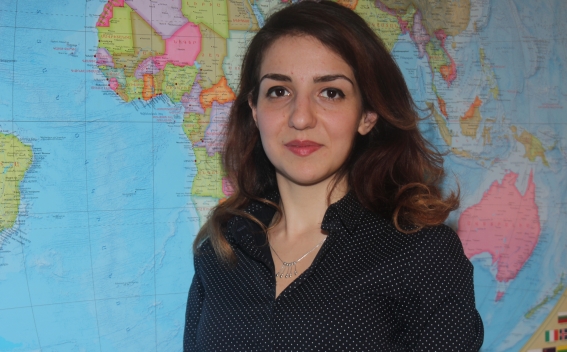 One of the main results of the meeting of the Presidents of Armenia, Russia and Azerbaijan in Saint Petersburg on June 20 can be considered fixing the format of further negotiations. With the preliminary or silent agreement of the Co-Chairs of the OSCE MG, it was fixed that the negotiations will be held in this format - with the participation of the three Presidents.

No matter what challenges and opportunity this format have will for the sides of the conflict, the fact that a format was fixed and the negotiations will resume is important and should be welcomed. This is a little but a guaranty that the sides will be involved in the political process and Azerbaijan will not provoke a new war. If the efforts of Putin give results, and the sides sign a document with the principles of the settlement, this format can be considered to be an effective one.

At the same time it is obvious that during the negotiations in this format its logical to wait for dynamic process with quick results and opportunities and challenges for all the sides of the conflict.   The sides will hardly have an opportunity to hold negotiations for negotiations for a long time, as it was done before by the mediation of the Co-Chairs of OSCE MG. And Azerbaijan will hardly have a second chance to break the process at the last moment as in 2010.

This format also has serious shortcomings, and the main one is the absence of NKR. Without NKR no real progress can be reached and that’s why the Co-Chairs of the OSCE MG always visit NKR and discuss the process with the government of Artsakh. And it will be logical now to involve NKR in this format, for example, to hold the next meeting with four presidents, that is involving Bako Sahakyan as well. Only in that case it will be possible to speak about effectiveness.

Also, it’s important to note, that it seems that the two other Co-Chairs of the Minsk Group, US and France, have given a chance to Russia to play a role of a locomotive in this stage and try its power to move forward the negotiations. At the same time, both the Ambassadors of France in Armenia and Azerbaijan made announcements that show France also understands the risks of monopolization of the process by one of the mediators and they will try not to let this happen. Particularly, the presence of the Co-chairs at the final part of the presidents’ meeting in Saint Petersburg and the announcement that France is ready to organize the next meeting of the presidents is a proof for that.