Ruben Margaryan: Formally, We are Now More Independent than Many European Countries 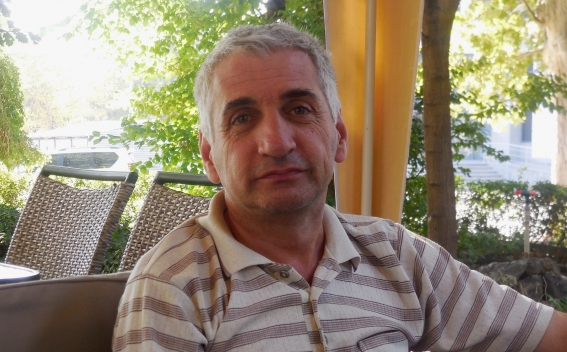 On the occasion of the 25th anniversary of the RA independence "Armedia" IAA present an interview with a political commentator of "Golos Armenia" newspaper Ruben Margaryan about Armenia-Artsakh-Diaspora trinity and their future possible actions.

- On September 21 this year marked the 25th anniversary of Armenia's independence. The fate of Armenians was full of important events: the independence of Artsakh, Diaspora received the opportunity to have a closer relationship with their homeland. What should the trinity of Armenia-Artsakh-Diaspora do?

- As the 25-year period is quite a serious cross line for a man after which he enters into a mature life, the same way 25-year period is a significant stage for a state. Naturally, there were both achievements and losses during this time. When talking about Armenia-Artsakh-Diaspora trilateral union, we can say - yes, our success in a certain sense is due to this trinity. That is, if today we have free Artsakh, which is a major achievement for Armenians during these 25 years, that trinity,  for sure, does exist. Artsakh would not be free, if not Armenia, and Armenia in turn got sufficient support from Diaspora. As a result, for 25 years already we have a state, an army, there's economy, albeit slightly growing, but there is.

That's all the impact of the trinity, as we are all aware of the investment both in the difficult years of the early 90s of the last century, and afterwards from organizations and individual leaders of the Diaspora. The same is true for Artsakh. Everyone knows, for example, the programs of "Hayastan" fund. On the other hand we can say that there are numerous problems. As for Artsakh then the problem is not completely resolved, work is underway on the recognition of its independence, which in many cases again depends on the Diaspora lobbying in different organizations.

- During these 25 years, a large support was given from the Diaspora. What would you identify from this?

- In the early 1990s, when Armenia was in economic and social crisis, everything had stopped, there was no electricity, gas, etc. Then the direct assistance came. Let’s remember, for example,  Kirk Kerkorian fund, which in those years provided Armenia with 20 million dollars. Next assistance was in the form of investments. Here we can say a lot as the investment by Eduardo Eurnekian, also the investments by Russian Armenian businessmen, which continues till today.

- How to create a more powerful Armenia with the help of the Armenia-Artsakh-Diaspora trinity?

- Any part of this trinity may contribute to the problem solving. For example, lobbying for the recognition of Artsakh in the US, Europe and Australia. The efforts of lobbyists concerning Armenian-Turkish relations have also entered the agenda of European governments. As for the economy, the government should encourage the Diaspora to become more involved in investments in the economy of Armenia.

All we have now is good, but not enough. Independence is not only there to organize parades and fireworks. The 25th anniversary of independence means that everyone must take more responsibility for solving these complex issues.

- Are we really independent?

- In Armenia there is an opinion that we are independent and that is good. However, independence must be expressed in terms of the independence of the people. People need to feel independent and confident in the future. If we speak formally, we are now more independent than many European countries, as they are members of, for example NATO, and the issues of their security solve other supranational structures, their economic issues are decided by the relevant European Commission. Thus, in the formal sense, we can say that our army is independent, we have a national currency, our economy is stronger, but we must understand that the citizens of these countries are more independent, while our citizens depend on daily social problems. And European countries, though inferior to us in its formal independence, nevertheless, provide a more prosperous life for their citizens, which Armenia should long for.