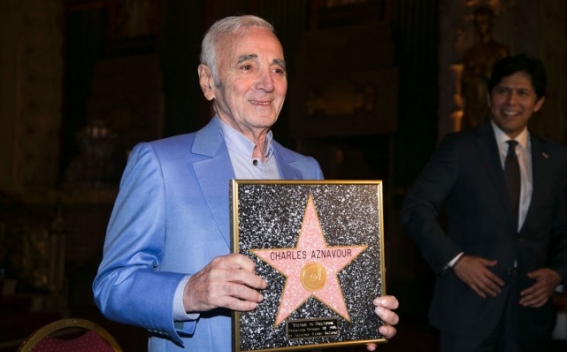 French singing legend Charles Aznavour, one of the 20th century's most prolific songwriters who remains active at 92, was honored Thursday with a Hollywood star presented by California's Armenians, France24 reports.

Aznavour, often dubbed France's Frank Sinatra, said he was "deeply moved" by the recognition, which is not on Hollywood Boulevard's main Walk of Fame but rather consists of a symbolic star dedicated by the Armenian community on a nearby stretch of sidewalk.