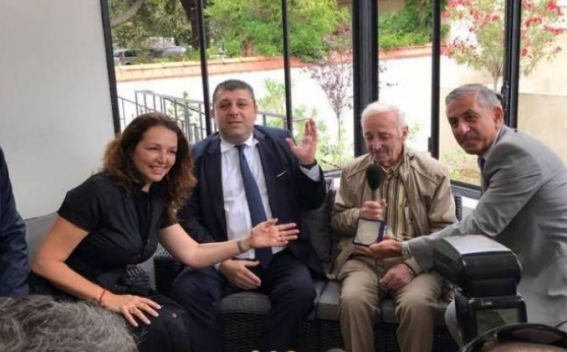 Deputy Mayor of Marseille Valerie Boyer awarded Aznavour with the medals of the 11th and 12th districts of the city. Deputy Mayors of Marseille Didier Parakian and Richard Fidikian also attended the meeting.

Aznavour noted that he will continue giving concerts and plans to give a concert in December 2017 in Bersi, which is the largest concert hall in Paris.

The Armenian chansonnier confirmed that work is being carried out towards his home-museum project in Armenia.