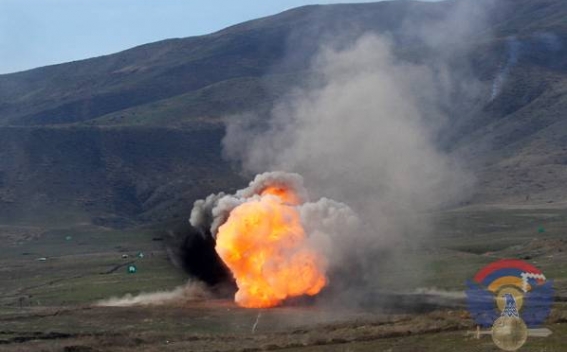 Azerbaijan’s armed forces have been shelling the north-eastern part of NKR-Azerbaijan border since the night, the press service of NKR Defense Army informs.

The villages Talish and Yarimja were shelled from 60mm and 82mm mine launchers in the afternoon. Intensive raids were reported especially against the military posts of Yarimja.

NKR’s Ministry of Defense says that its Defense Army takes retaliatory action to restrain the adversary.

NKR Defense Ministry declares that it is the Azerbaijan's leadership that is responsible for the escalation.