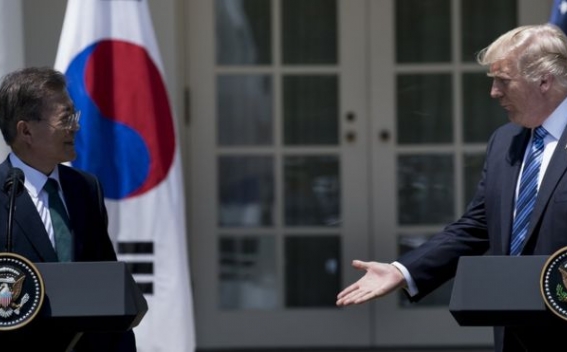 The US has told South Korea it wants to renegotiate a free trade agreement it struck in 2012, citing a lopsided trading relationship, BBC reports.

It called South Korea a "key trading partner" but said it "had real concerns about our significant trade imbalance".

The US trade deficit for goods and services with Korea was about $17bn last year, although it recorded a surplus in services.

The move is the latest attempt by Donald Trump to alter trade terms.

The US president wants to overhaul the North American Free Trade Agreement and has threatened tariffs on foreign products, such as steel.

He also withdrew from the 12-nation Trans Pacific Partnership agreement in January.

South Korea is a major US trade partner, with the US exchanging about $144.6bn (£112bn) in goods and services with the country last year.