The Number of GSP+ Users in 2016 Has Increased: Garegin Melkonyan (EXCLUSIVE) 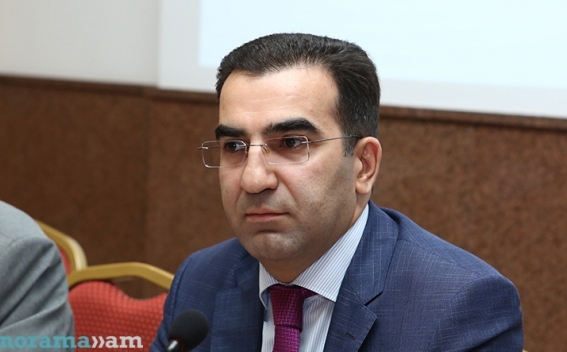 - Armenia joined the GSP privilege system in 2006. In December 2008 Armenia was granted the right to use the EU Special GSP (GSP +) for sustainable development and good state governance, as defined by the EU GSP 2009-2011 Regulation. How would you evaluate Armenia-EU cooperation within the GSP + privilege system? And how effectively does the Armenian side use this system?

- Armenia has applied in order to use the GSP+, because according to the GSP+ procedure, unlike the GSP one, the countries should apply if they are interested. There are certain preconditions for applying mainly based on the 27 planned international conventions and in order to apply the country should first of all prove that it has joined all those 27 conventions.

The legal basis of the GSP+ system has been updated over time, the regulations have been re-established by the European Commission and the current system is valid from January 2014.

The system unilaterally envisages a zero duty rate of about 6200 types of goods for beneficiary countries, including Armenia, if the goods comply with certain criteria, i.e. have a certificate of origin, is considered to be manufactured in the beneficiary country, and so on.

The evaluation of effectiveness or usability level of this system is also carried out by the European Commission, from time to time referring to all nine beneficiary countries, evaluating their degree of usage, the tendencies, and so on. Let me note that Armenia's level of utility is quite high. during 2016, goods exported from Armenia to the EU which could use the GSP+ benefits, 82% of them, was actually used. In general, they make about 40% of our export. It's about 10% higher than last year's data.

In general, the system works quite effectively. According to the European Commission statistics, thanks to GSP+, Armenian organizations have not paid for about €10 million of customs duties. This means that the private sector has saved this money and can spend it on its business development, thus making Armenian products much more affordable in the European market.

- Is the awareness of this privileges system at a satisfactory level? What measures do we need to take in order to ensure more active involvement of Armenian businessmen?

- Awareness is the question that you can always talk about. Even if we talk about it every day, there may always be organizations that are relatively less aware. It will never be possible to have a situation that we consider satisfactory and do not need to talk about it any longer. We have put emphasis on media coverage, as well as in the recent years almost at all business events, business forums and roundtables, we have been speaking about this system, informing, prompting and welcoming organizations to be aware and to use it. This year, several events were also held, even when the GSP+ professional team of the fact-finding mission of the European Commission was here, we held another event specifically targeting the private sector by inviting representatives from more than 100 organizations from the Chamber of Commerce, Businessmen's Unions, News services. Together with representatives of the European Commission, we had a very detailed, even somehow technical presentation on what you need to know about the system. If I make a general comment, a great work has been done in terms of spreading information, and this question still remains on our agenda, and we will periodically talk about the system in order to ensure that our businessmen remember that there is such a possibility and they themselves can make use of it.

- In your speech, you mentioned that you notice a growing interest. Can we say that there is an initiative by the private sector?

- In 2016, about 640 companies used the export within this system. If we look at the annual indexes of previous years, at least with 10% we have not only the level of usability, but also the increase in the number of users. This means that more companies have learned about the system and have been able to use it. I think that the annual figures for 2017 will be even greater in terms of the exportability and the number of involved companies.

- The report on fulfillment of the commitments undertaken by Armenia within GSP+ is expected in January 2018. What kind of estimates do you expect?

How does the system usually work? Working with all the beneficiary countries, a list of issues of particular interest that may vary is formed and sent to the countries, expecting the country's response to the work done in that respect. The list of questions may be about legislative initiatives, statistical data related to legislative enforcement and so on. Our reports sent in the recent years have been highly appreciated. In addition to our reports, we had discussions in the format of video conferencing, expert meetings, and in general, accountability was considered as a good example by the European partners, as some other GSP+ beneficiary countries have even been encouraged to study Armenia's example and to present their own reports based on our example as the most successful one.

The work is continuous, and we, of course, carry out a rather extensive work in between the reports, because the commitments and the decisions taken are not a one day job. We will summarize all the information by the end of the year, we will present the report and continue working on the basis of it.

- Mr. Melkonyan, a new legal framework agreement between Armenia and the European Union has been pre-signed this year. What will this new agreement give to the Armenian economy and to Armenia-EU relations in general?

- Before referring to the framework agreement, I would like to mention the REX system, which is relatively a new one, and we started talking about it only during the last few weeks. Armenia and the European Union in the context of the overall joint work carried out decided that Armenia will join the REX system in January 2018. What does this mean? In order to use GSP+, our local organizations will be able to sign up for an electronic system and after the next registration they will no longer need to obtain a certificate of origin and can export goods to the EU, use GSP+ zeroed customs duties rate without certificate of origin. This would mean doing fewer steps and spending less money for the certificate. By the end of the year, we will talk in more detail about whom to apply, how to register and so on.

As for the Framework Agreement, the most important priority or assessment I would make to the agreement is as follows: this new negotiated document should first of all be viewed in the context of the long-term development of our relations. The document is very extensive, involves a large number of spheres and directions in the Armenia-EU relations, development agenda, joint work, and it also outlines the format and directions of cooperation between the parties for the upcoming years. Of course, this is very important because the agreement, which operates between Armenia and the EU, was signed in 1996. In other words, we are updating the document aged more than twenty years. It is based on approaches that are consistent with time requirements, as well as the readiness of the parties to deepen the relationship. I am sure that from the long-term perspective it will have a very positive impact not only on the development of the EU-Armenia relations, but also on the implementation of European experience here in many spheres.