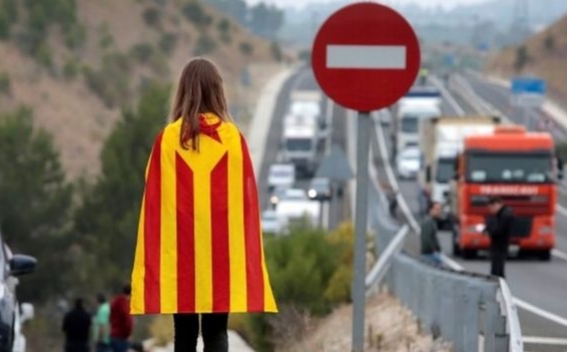 Spain’s constitutional court has moved to stop the Catalan government making a unilateral declaration of independence by suspending the regional parliament session in which the results of Sunday’s referendum were due to be discussed, Guardian reports.

On Thursday, the court upheld a challenge by Catalonia’s Socialist party – which opposes secession from Spain – ruling that allowing the Catalan parliament to meet on Monday and potentially declare independence would violate the rights of the party’s MPs.

The court warned that any session carried out in defiance of its ban would be "null", and added that the parliament’s leaders could face criminal action if they ignored the court order.

Carme Forcadell, president of the Catalan parliament, said Monday’s session had not yet been formally convened, but that the court’s decision to suspend it "harms freedom of expression and the right of initiative of members of this parliament and shows once more how the courts are being used to solve political problems."