Catalan New President Did Not Mention of Obeying the Spanish Constitution 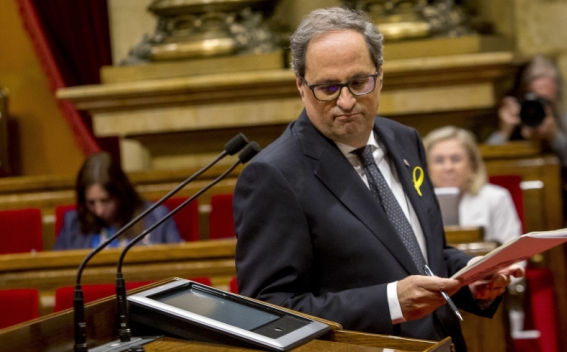 Quim Torra has been sworn in as the 131st president of Catalonia amid growing pressure over the "xenophobic" and anti-Spanish tone of his past writings and comments, the Guardian reports.

Torra, a hardline Catalan nationalist handpicked by the region’s deposed president, Carles Puigdemont, was elected by 66 votes to 65 on Monday and assumed office at a low-key ceremony in Barcelona on Thursday.

"I promise to loyally fulfil the duties of the post of regional president being faithful to the will of the Catalan people represented by the Catalan parliament," he said, using the same formula as Puigdemont and avoiding mention of obeying the Spanish constitution. Central government representatives did not attend the ceremony.