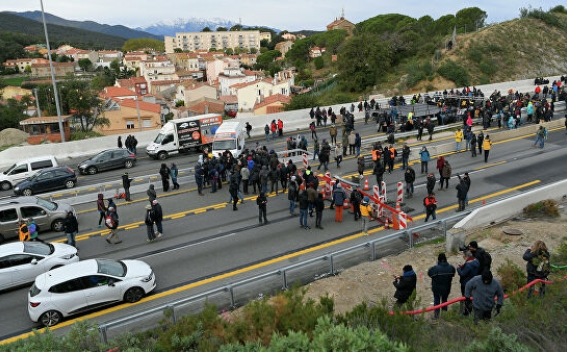 Catalan pro-independence protesters blocked a border point on the AP-7 highway that connects the Spanish region with France on Monday, stopping traffic in both directions the day after a parliamentary election in Spain, Reuters reports.

Around 500 people cut the highway - an important truck route from France to southern Spain - at the border point of La Jonquera, some on the French side and the rest in Spain, a Catalan police spokesman said. Traffic was being diverted to another road and protesters were setting up a stage.

Catalonia has been rocked by mass protests since long prison sentences were handed down in mid-October to nine separatist leaders who spearheaded a failed independence bid in 2017.