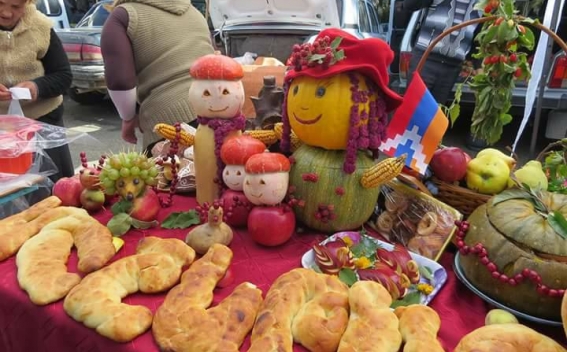 The Minister of Agriculture of Artsakh, Zhirayr Mirzoyan, in a talk to Artsakh Press, noted that it is the seventh year, that the Harvest Day is celebrated in Artsakh. According to the Artsakh official, this year is unique by the highest number of participants in the event.

"As compared to the previous year, this year more 250 new pavilions participated in the exibition-fair. From 167 communities of all regions of Artsakh, around 1000 applicants participated in the exibition-fair. Especially it was pleasure to see the pavilion of Talish village," the Minister noted (Talish, a village in Artsakh, was mostly damaged during the 2016 April War launched by Azerbaijan against Artsakh).