In Karvachar (Artsakh) a Center of Culture Will Be Built 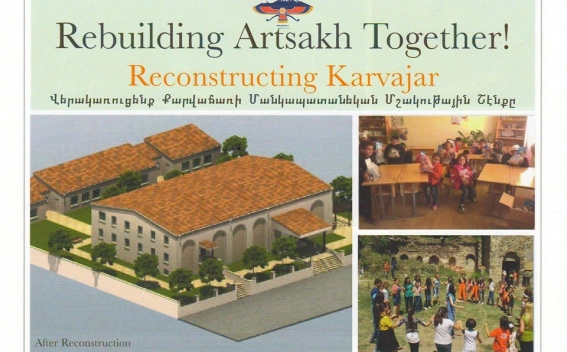 In the region of Karvachar in Artsakh (Nagorno-Karabakh Republic), reconstruction works of the house of culture have started, Artsakh Press reports.

The youth affairs organizer of the Karvachar house of culture, Tatev Virabyan stated that the reconstruction works have been organized by the co-finances of "Ararat " foundation and "Pativ" company operating in the USA.

"The benefactors expressed their commitment to allocate financial resources for the capital reconstruction of the house of culture, where modern conditions will be created. Besides, next to the building, the center of culture will be built, where the children will visit various groups," T. Virabyan noted.