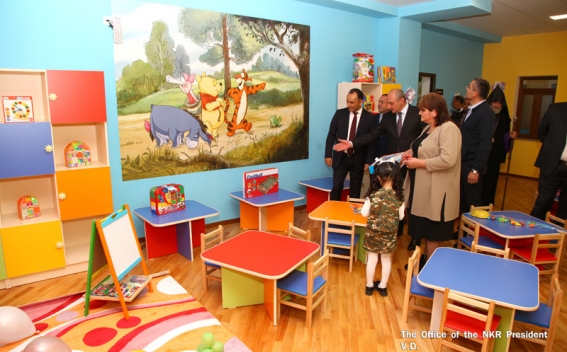 On 10 October Artsakh Republic President Bako Sahakyan partook in a solemn ceremony of opening a new kindergarten held in the town of Shushi, official page of Artsakh President reports.

President Sahakyan qualified the expansion of the preschool network in Shushi among the most important guarantees for the town's development and extended his gratitude to American philanthropist of Armenian origin Eduard Msrlyan for the implementation of the project.

Bako Sahakyan acknowledged his support considering it an exemplary manifestation of patriotism.