Tillerson Explains Why US Forces Should Remain in Iraq 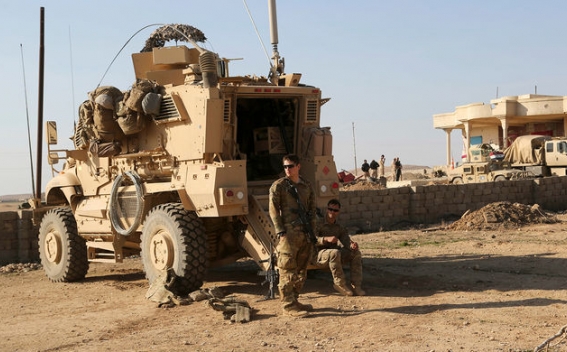 US Secretary of State Rex Tillerson declared that American forces would hypothetically stay in Iraq in order to defeat the Islamic State group, even if the government in Baghdad requests the U.S. leave, Defense News reports.

Tillerson, appearing with Secretary of Defense Jim Mattis in front of the Senate Foreign Relations Committee, indicated American forces have the right to stay in Iraq under the 2001 and 2002 Authorizations for the Use of Military Force (AUMF), a long-standing justification for military action around the globe, until the fight against ISIS is concluded.

The statement came up in response to a question from Sen. Tom Udall, D-N.M., who asked "If U.S. forces are told to leave, will we depart Iraq or will be stay uninvited as our forces are doing in Syria, and under what legal authority will they remain?"

Tillerson noted: "We will remain in Iraq until ISIS is defeated and we are confident that ISIS has been defeated."