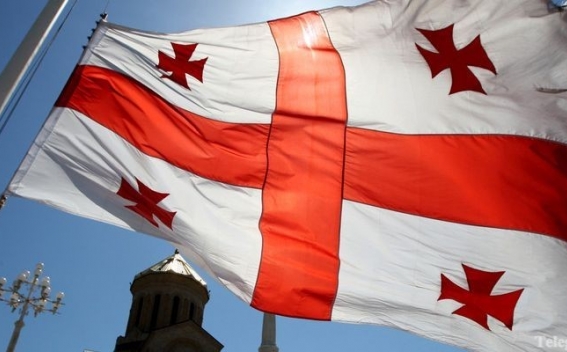 In 2017, Georgia's foreign policy has been remarkably active, recording some achievements in different directions.

The most important achievement of Georgia's foreign policy during the year was the liberalization of the EU visa regime. The decision came into force on March 28, allowing Georgian citizens to stay up to 90 days in the Schengen area without a visa. Visa liberalization has become one of the most important destinations of Georgia's European integration process. However, as some experts predicted, the cancellation of the visa regime also created opportunities for illegal immigration. According to the Georgian MFA, 10,330 citizens of 165 059 Georgian citizens who have been using visa-free regime during 6 months violated the regime's conditions. In order to prevent the flow of illegal migration, the EU set the condition for "preliminary authorization" for Georgian citizens. In order to obtain a "preliminary permit", a citizen must fill in a special application on the "European Access Permit System" page, with reference to the place of employment, and the income. Besides, there is a fee of 10 euros. Although new regulations have caused some dissatisfaction among the Georgian public, it seems that all parties are aware of the need to adopt it.

In addition, in April 2017, the Georgian parliament ratified the agreement on joining the European Energy Association, the negotiations over which started in 2014.

The year was quite active from the perspective of NATO-Georgia cooperation. First, it was decided that another detachment would join the NATO Rapid Response Force. Besides, a number of military exercises were arranged with the assistance of NATO in Georgia. One of them was the "Valuable Partner -2017" exercise with 8 countries. 40 military men from Armenia also participated in the exercises. Another large-scale exercise, organized by Georgia and the United States, was held in September, with the participation of representatives from Azerbaijan, Bulgaria, Latvia, Romania and Ukraine. It was originally planned that Armenia (with 1 soldier) should also participate in the exercises, however, according to some information, after the confirmation of Azerbaijan's participation, the Armenian side canceled its participation.

Cooperation with the United States was also marked by bilateral reciprocal visits, one of which may be highlighted by President Margvelashvili's visit to Washington where he discussed bilateral relations with US President Donald Trump.

Georgia also succeeded in closer cooperation with the US State Department which decided to sell $ 75 million anti-tank Javelin systems to Georgia in November. The decision first of all has a great political significance, and if the deal is implemented, it will become unprecedented in the context of US relations with the countries of the region.

Georgia's foreign policy achievements of 2017 can also include the Free Trade Agreement with China in May. The six-month agreement will enter into force in early 2018, thanks to which 96.5% of China's exports to Georgia and 90.9% of Georgia's exports to China will be exempted from customs duties.

The format of Azerbaijan-Georgia-Turkey trilateral cooperation was also quite active during the year. In June, the "Caucasus Eagle 2017" exercises took place aimed at developing joint capabilities of the three countries' armed forces.

In the framework of the September meeting in Baku, the Ministers of the three countries signed the Trilateral Sector Cooperation Action Plan for 2017-2019.

In addition, in May, the three countries' defense ministers met in Batumi, discussing issues related to joint exercises and security of regional economic projects. And in October, the heads of the General Staff of the three countries met for the first time in Tbilisi. Within the framework of the meeting, they discussed regional security issues and exchanged views on the development of cooperation in the trilateral format.

The most important achievement in trilateral cooperation was the exploitation in the Baku-Tbilisi-Kars railway in late October. It is planned that the Baku-Tbilisi-Kars railway will transport 17 million tons of cargo annually and up to one million passengers. The three countries involved in the construction of the railway state that the project is an important component of the Silk Road, which unites more than 60 countries around the world with about 4.5 billion people.

As for the Russian-Georgian relations, despite the preserved tensions, some positive trends have been recorded. At the beginning of the year, Gazprom Export and the Georgian side reached an agreement on transit of Russian gas to Armenia, as well as the transit fee. According to the agreements reached, the Russian side guarantees the payment of gas transportation to Armenia via Georgia in the amount of 2-2.2 billion cubic meters per annum in 2017-2018, as well as supply of gas to Georgia with flexible conditions. The deal with Gazprom was seriously criticized by the opposition forces.

Tensions in South Ossetia and Abkhazia continued as bilateral visits to Tskhinvali and Sukhumi were paid by Russian officials, military exercises were held and so on.

At the end of the year, the issue of implementation of the "Agreement on Transport" signed between Russia and Georgia in 2011 was activated on the bilateral agenda. The agreement provides for the creation of three transport corridors, including the territory of Abkhazia and South Ossetia, the transit through which will not affect the status of these two entities. In addition, transit control will be carried out by a third party, which, with the consent of the parties, must be Swiss SGS Company.

In summary, we can say that the year was generally successful for Georgia's foreign policy, with clearly stated achievements.