In Order to Maintain His Power Aliyev Changes The ''Game Terms'' 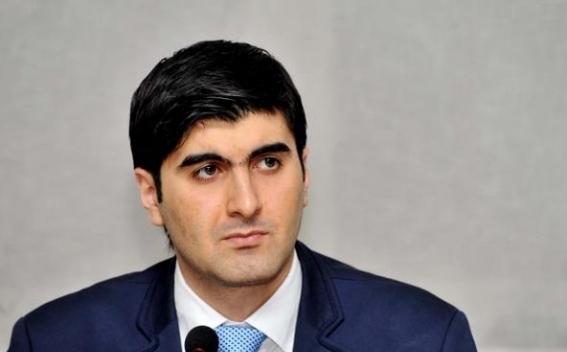 On February 5, Azerbaijani President Ilham Aliyev signed a decree on snap presidential elections on April 11, canceling the regular elections scheduled for October. This decision was somewhat unexpected, as in October 2016, Aliyev announced in one of his interviews that he had no intention of changing the dates of the elections and that there was no need to do so.

In the current situation a question arises, which made Aliyev to go for snap elections, changing the terms of the game. If we try to clarify the main motives for appointing snap presidential elections by Aliyev, we can name two types of internal and external factors.

Among external factors, first of all, it should be noted that by appointing snap elections, Aliyev tries to reduce external interference in the country's electoral process. Reproduction of power in the case of such dictatorships as Azerbaijan and the "dismantling" of the international community has a certain price. And Aliyev who is running for presidency for the fourth consecutive time (this time for a seven-year term) clearly understands this. Changing the election dates, Aliyev hopes that different power centers will not be able to develop and apply programs to extract different dividends from Azerbaijan and to make concessions. In this case, Aliev is also playing with the diversity of issues on the international agenda, starting from the Russian elections and the operations of the Turkish Armed Forces in the Syrian Afrin.

The upcoming elections in Russia in March and the possible reaction of the international community, particularly the West, is a very important factor. According to Aliev's calculations, the upcoming elections in Russia and the recent aggravation of the West-Russia relations (which, as it seems, inevitable) will draw the attention of the international community to Russian side. In other words, the focus of the OECD on the presidential elections in Azerbaijan will be much weaker than it would be in October.

Besides, the two months before snap elections is a short period of time for specialized international organizations (for example, the OSCE / ODIHR) to ensure long-term observation missions in the course of the Azerbaijani elections, which, in turn, will allow Baku to significantly reduce the future critisizm over electoral frauds.

As for internal factors, socioeconomic conditions in Azerbaijan, or rather, negative predictions are likely to have a primary role. It is not a secret that the decline in oil prices was a serious challenge for the Azerbaijani economy. According to various estimates, the country has already grown in the last three years the third devaluation of the national currency of Azerbaijan. In the face of such negative trends, the socio-economic dissatisfaction in Azerbaijan will become even wider, which would be a serious threat to Aliev's re-election in October.

Moreover, by changing the election dates, Aliyev is also baffling the Azerbaijani opposition or the "fragments" left from the Azeri opposition. Thus it will not have enough time to consolidate, and if possible, to negotiate with each other to unite their own forces. Additionally, due to snap elections, short-term pre-election campaigns will not allow for proper work with electorate. By the way, some opposition forces have already stated that they refuse to participate in snap presidential elections and have called for boycotting the elections. It is noteworthy that Aliev also has a solution for the possible post-election dissatisfaction in public circles. Large-scale events are planned to be held in May (on the occasion of the 100th anniversary of the foundation of the Democratic Republic of Azerbaijan), which, of course, will be used quite successfully to distract public attention.

In addition to internal and external factors, it is also important to address the factor of the Karabakh conflict, which, as we know, is used by the Azerbaijani authorities for many years to maintain and strengthen their own power. Approaches to the fact that the Azerbaijani authorities are planning a new military adventure in the direction of Artsakh, are again conditioned by different internal and external factors. Therefore, in order to minimize possible risks, a decision has been made in Baku to change the election dates. Avoiding predictions, we can only mention that this approach is realistic enough and, naturally, it should increase the vigilance of the Armenian armed forces.

In summary, it should be noted that the appointment of snap presidential elections by the Azerbaijani president is a well-calculated step, which is likely to be conditioned not by just one but a several internal and external factors. The goal is more than clear: to provide Aliyev's fourth term of presidency without any risks and challanges.