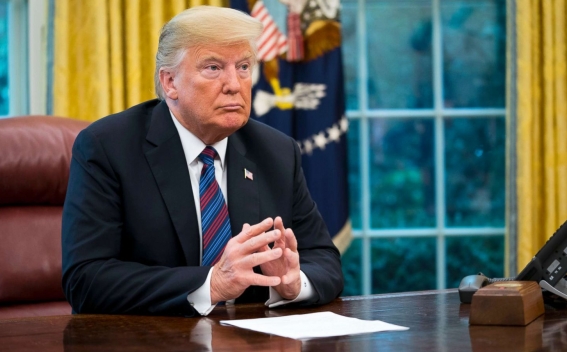 The executive order, signed just two months ahead of the November's midterms elections, addresses not only interference with campaign and election infrastructure, but also propaganda efforts, foxnews.com reports.

The order, which is considered a national emergency due to sanctions authority requirements, instructs the Office of National Intelligence and the intelligence community to conduct regular assessments about potential foreign interference in elections.

The process, according to Director of National Intelligence Dan Coats and White House national security adviser John Bolton, would take a total of 90 days.

Following Election Day, the intelligence community would have 45 days to collect data and assess whether interference had occurred.

At that point, the agencies would pass the findings to the Justice Department and Department of Homeland Security, where officials would have 45 days to make their assessment based on the intelligence information, and decide whether to pass sanctions on potential actors, countries, or institutions that participated in potential interference.

After the reports are complete, the Treasury and State Departments would decide on the appropriate sanctions to impose on the potential actors or countries. The order, according to administration officials, is broad in terms of who and what can be sanctioned.

“It’s more than Russia here that we’re looking at,” Coats said. “We have seen signs of not just Russia, but from China, and the capabilities potentially from Iran and even North Korea.”

Bolton and Coats said the 90 day process would be private, and that the public would be notified of decisions when sanctions are announced.

The executive order comes after the intelligence community and several congressional committees determined that Russia meddled in the 2016 presidential election.