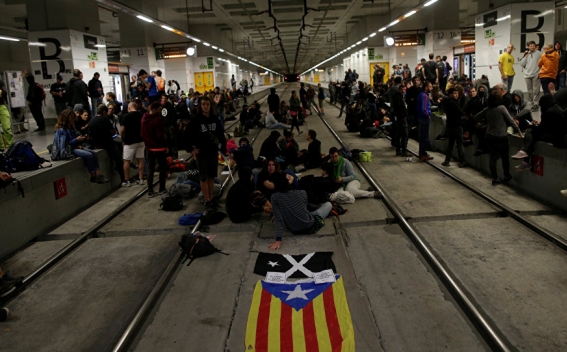 In Girona, north of Barcelona, hundreds of  supporters of the independence of Catalonia blocked major motorways, train lines and avenues, one year after a banned referendum was crushed by Spanish police, ''The Independence'' reports.

Regional police have tried to prevent hundreds of protesters from occupying high-speed railway tracks and station.

Local media also reported road blockages on the AP-7 highway, the main artery along eastern Catalonia leading to the French border, and in central streets of the cities of Lleida and Barcelona, the regional capital.