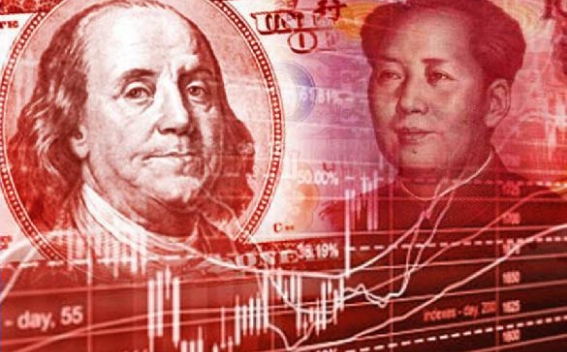 The high level of US state debt is not a new phenomenon, but its record growth over the past year has caused a lot of anxiety. The US debt is about $ 21.5 trillion. During the 2017-2018 fiscal year, its growth was $ 1.25 trillion, the largest growth since 2004.

At least for the past two decades, the US public debt has continued to grow, but it does not hinder the well-being of the citizens of the world's number one country. What is the reason for this?

At the core of the phenomenon, there are two main reasons:

1. dollar as number one foreign currency,

2. Obtaining state bonds by other states, which is conditioned by a high rating of the US economy (assessments are given by international rating companies operating in New York).

High rating - state bonds - low interest rates loans: This mechanism is to ensure the improvement of the welfare of the population parallel to the growing public debt for many years.

Despite the trend of previous years, the US debt loses its ever-growing confidence in the global market, which is due to direct and indirect impulses that testify that something is wrong. First of all, it is about Trump's strict protective policy, which is the first warning about the poor state of the American economy.

Over the years, one of the worst things in the US economy has been and remains the deficit of foreign trade turnover. The reason for this is the high level of globalization of American products in cheaper labor force and lower taxation in other countries, as a result of which the US imports more than it exports. And in this case, the dollar, or rather the monopoly of the latter, is the main engine of the American economy.

The US is currently registering a stable confrontation with major trading partners. China is in the first place due to the large volume of trade turnover. The implementation of several stages of customs penalties for the import of Chinese goods has resulted in retaliatory actions that were not restricted only to toughening of customs. In June this year, China sold US $ 7.7 billion of government bonds and promised to sell another $ 3 billion in the near future. It should be reminded that China is in the first place in the context of foreign investments in US debt (1.171 trillion dollars). Japan and Ireland are the second and third ($ 1.0355 trillion and $ 300 billion respectively). Therefore, the sale of these bonds by China will undoubtedly have a negative impact on the American economy.

Bond sale may have a domino effect

The danger threatening the American economy will increase even further if the process launched by China is continuous and infectious for other investors, given that China is not the first. The point is that Russia and Turkey went through the same process last year.

The effects of the economies of the investing countries

No matter how much the American economy is affected, the countries selling the bonds will also be subject to certain financial shocks. First of all, there is a sharp drop in the income from bonds, which in some way should be completed. Secondly, the problem of effective sale of funds accumulated by the sale of bonds.

And eventually, not only the investing countries, but also the global economy will suffer from the upcoming crisis that threatens the US economy.