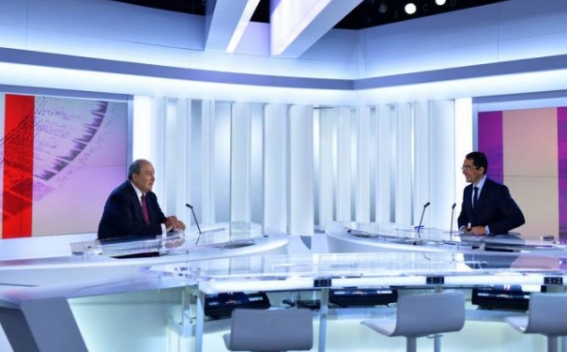 Ahead of November 11 Remembrance Day, the memorial day to mark the 100th anniversary of the First World War’s end in many countries, the Armenian President has expressed hope that this event will be an occasion to “recognize” or “commemorate the 1915-1916 genocide of the Armenians”.

“I don’t know how one can talk about World War I without touching upon the tragedy that took place nearly 105 years ago and without speaking about the genocide. Recognition or a call by leaders of countries will be highly appreciated by me, by Armenia and the entire Armenian people,” Sarkissian told RTS.

Asked about a message to Turkish President Recep Tayyip Erdogan, Sarkissian said that he is ready for dialogue and cited his Christian convictions. He didn’t rule out that one day forgiveness will take place, but said that “forgiveness comes after recognition”. He said that this recognition will have broader historic coverage, because the Armenian Genocide is “the first genocide of the 20th century”.

“I would first of all tell Erdogan: “Good morning Mr. President. I believe we have something to discuss. You are the President of Turkey, and I am the President of Armenia. My family, my ancestors are from Erzurum, Van and Bitlis. My old family has a story. Why shouldn’t we speak about the relations between Turkey and Armenia, why shouldn’t we speak about our personal stories? We should speak about not only history, but also the future – the future of our children and grandchildren, about our two peoples. I am a Christian. Christianity teaches that there is always a chance to forgive, however forgiveness can only follow a recognition,” Sarkissian said.