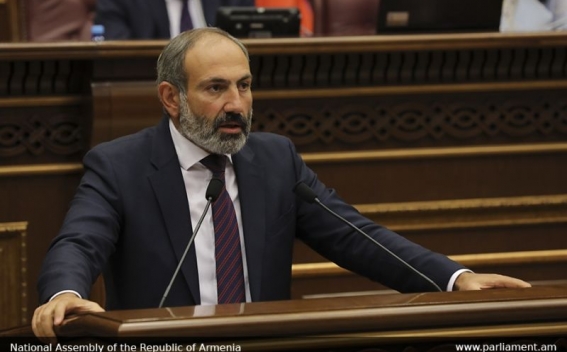 Armenia is ready to regulate Armenian-Turkish relations without pre-conditions, acting PM Nikol Pashinyan stated at the Parlaiment of Armenia today.

“By the way, I would like to warn that no one should comment this statement as if with such position we are downgrading the issue on international recognition of the 1915 Armenian Genocide, as for us the recognition of the Armenian genocide is not an issue of the Armenian-Turkish relations, it is a security issue for us and not only for us, it is an international security issue and it is our contribution to the international process of genocide preventions,” Pashinyan said.

Pashinyan noted that Armenia is ready to open Armenian-Turkish border without preconditions.

“In essence, the border is not closed from our side. The border is closed by Turkey, and Turkey closed it because of Karabakh conflict. It is a very bad policy. If someone hopes to reach this or that option of Karabakh conflict settlement by coercion and threats he is mistaken, and I want all to register it. Just the opposite, in such conditions we are becoming stronger, united and will finally reach our national goals,” he mentioned.