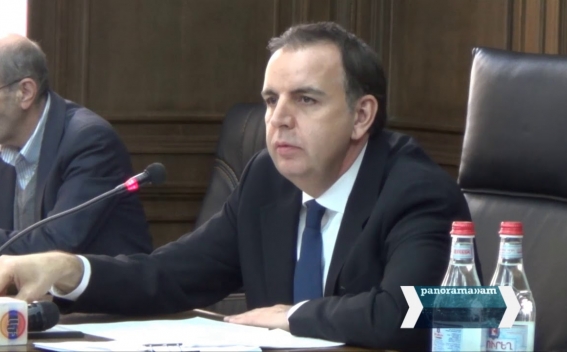 The matter of CSTO Secretary General is being discussed by the Collective Security Council and with the participation of the CSTO ministerial council, Armenia’s acting Deputy Foreign Minister Karen Nazaryan said in the parliament today, news.am reported.

His remark came in response to the question by MP Naira Zohrabyan who asked whether Armenia will nominate a candidate for the position of the CSTO Secretary General during the Astana summit on November 8.

“The issue of replacement of CSTO Secretary General is not regulated. The aim of ongoing consultations is focused on this. I would not make forecasts for the November 8 discussions, as it will be closed,” he noted.

To remind Yuri Khachaturov has been relieved of the position of CSTO Secretary General.