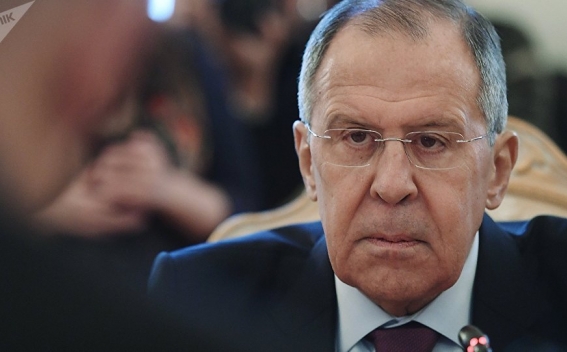 Armenia and Russia are process a document guaranteeing the more transparent work of biological laboratories in Armenia in terms of guaranteeing the absence of any threats and risks, Russian foreign minister Sergey Lavrov said in a live press briefing today in response to a question from Komsomolskaya Pravda newspaper, Sputnik Armenia reported.

In reply to a question on how Russia is planning to solve the issue of existence and activities of foreign laboratories in post-Soviet countries, including in Armenia and Georgia, Lavrov mentioned that Russia is currently finalizing the preparation of a document with Armenia that will make the activity of the biological laboratories more transparent in terms of guaranteeing the absence of any threats or risks.

“The document will guarantee the absence of foreign military and the transparent work of biological laboratories in terms of absence of threats and risks,” Lavrov said.

He also said that Georgia has invited a group of diplomats to get familiarized with the activities of foreign bio-labs in Georgia.

“We have thanked them, we have said that it isn’t up to diplomats, but it’s up to experts to understand what is being done in those labs, to what extend the tests create a threat for Russia and generally the neighboring countries,” Lavrov mentioned.