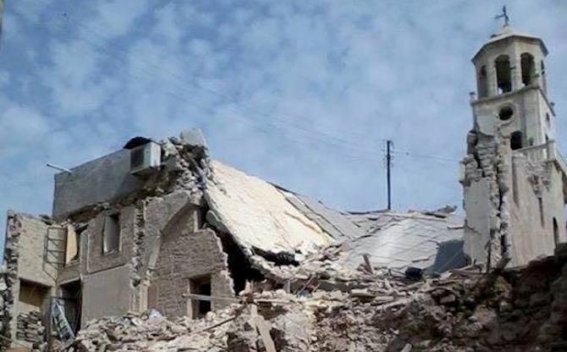 The Armenian Forty Martyrs Cathedral in Syria’s Aleppo will reopen in spring after reconstruction, with the church expected to offer the first religious service in March or April 2019, RIA Novosti reports.

The Armenian church was exploded by the Islamic State militants in April 2015, Panorama.am reports.

"The scope of work was tremendous. We had to rebuild the corridor which was completely destroyed. We collected and put together the old preserved stones. It was the most difficult. Almost 70% of the building laid in ruins," Syrian-Armenian engineer Garbis Tamassian told the news agency.

The church already has new doors and windows, with new benches being delivered. The building’s facade has been fully restored, and the finishing work is nearing its end.

The church reconstruction works have been funded by the Aleppo Armenian community, with some 150,000 people said to have contributed to the repairs.