Aleppo: Events Dedicated to the 103rd Anniversary of the Armenian Genocide 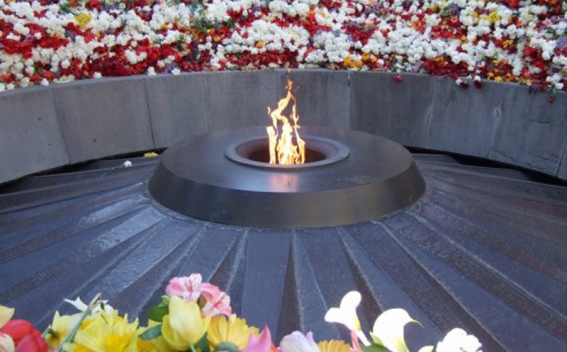 A range of inter-community events dedicated to the 103rd anniversary of the Armenian Genocide kicked off April 24 in Aleppo, Syria. According to Armenpress, a commemoration event took place in the Armenian Evangelical Bethel Church, followed by the official wreath laying ceremony on behalf of the Consulate General of Armenia of Aleppo. The wreath was laid at the Armenian Genocide memorial outside the church.

Armenian Evangelical community leader Reverend Harutyun Selimyan and Consul General of Armenia in Aleppo Armen Sargsyan delivered remarks at the event, mentioning that the dedicated process of international recognition of the Armenian Genocide is also a measure to prevent similar crimes.

Another commemoration event was held in the Holy Mother of God Church of Aleppo. Local government officials and heads of all Armenian community institutions of the city were in attendance, the foreign ministry of Armenia said.