Turkey to Renovate the Largest Armenian Church in the Middle East 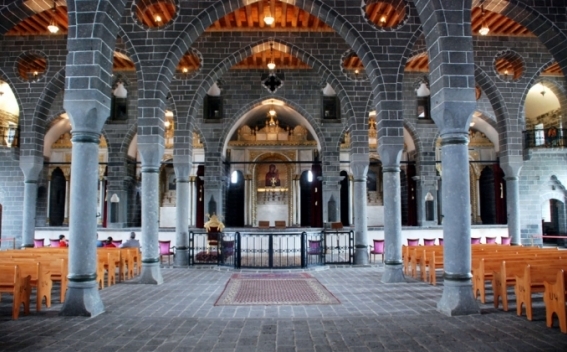 Turkish Ministry of Environment and Urban Planning will renovate two community foundation-owned churches, including the largest Armenian church in the Middle East, that were significantly damaged four years ago in attacks by PKK terrorists in Turkey's southeastern Diyarbakır province, Daily Sabah reports.

Surp Giragos and Mar Petyun Chaldean Churches had been awaiting restoration by the community foundations, which were unable to carry out the task due to insufficient funds.

Surp Giragos church was seen as one of the largest and most important Armenian churches in the Middle East, with seven altars. It was closed during the Armenian Genocide in 1915–1916, and was returned to the local Armenian community in 1960.  It was heavily damaged during armed clashes between the Kurdistan Workers' Party and the Turkish Armed Forces in February 2016, along with the rest of the historic Sur district of Diyarbakir.