Armenian who Was Born on Ararat Street: Sergey Lavrov – the Unsurpassed Diplomat 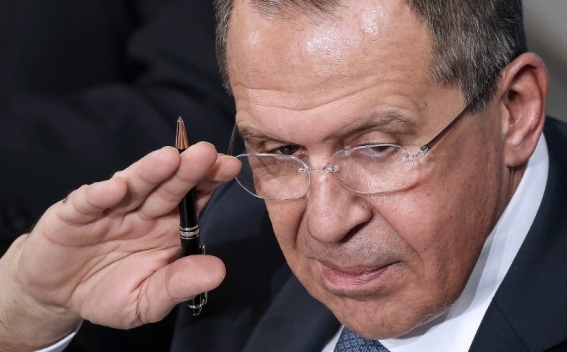 "He is an unsurpassed diplomat who serves Moscow with intelligence, energy and considerable arrogance'', Richard Holbrooke, former US ambassador to the UN said speaking about Russian Minister Sergey Lavrov.

However, Lavrov is not only one of the best diplomats of our time, but he is also an extraordinary man. The Russian Foreign Minister speaks three languages: English, French and Sinhalese. He is a great sports fan and does not miss the chance to play football or ski. Lavrov is one of the founders of the Russian national football league. He plays the guitar and writes poems; he is also  the author of the anthem of MGIMO.

Lavorv is a heavy smoker. He loves and collects everything connected with cigarettes and smoking. Besides cigarettes, the Russian Foreign Minister collects political jokes, most of which he knows by heart. Lavrov is often described as a man who has restrained manners, but  at the same he can sometimes lose his temper. He  likes to joke and his statements often turn into aphorisms...

Extraordinary and Plenipotentiary Ambassador of the Russian Federation was awarded a medal “For Services to the Fatherland". Since 2004, he has held the post of Minister of Foreign Affairs. Before that, he was Russia's permanent representative to the UN and Russia's representative to the UN Security Council (from 1994 to 2004). Sergey Lavrov holds the post of Minister of Foreign Affairs of Russia longer than all his predecessors in modern Russia.

Little is known about the childhood of the Foreign Minister.  Lavrov was born on March 21, 1950. It is known that his father was form Tbilisi - an Armenian whose last name was Kalantaryan. However, Sergey Lavrov has always used his mother's last name. His mother, Kaleria Borisovna Lavrova, was from the Noginsk  region and worked in the Ministry for Foreign Trade.

According to Inosmi.ru, on February 17, 2005, when the head of the Russian Foreign Ministry was at the Yerevan Slavonic University, students asked Lavrov whether his Armenian origin does not hinder him. "My father is from Tbilisi. It is difficult to compare my Armenian blood with any other, as I do not have any other", Sergey Lavrov noted, thus confirming that he is an Armenian.

However, it is known that, despite the Armenian origin, Sergey Lavrov does not know his native language. None of his biographies officially published indicates where Russian Foreign Minister Lavrov was born. It is only mentioned that in 1972 he graduated from the Moscow State Institute of International Relations.

According to the Georgian Times, Sergey Lavrov was born in Tbilisi, and lived on Ararat Street. With the help of its source, the news agency managed to find the house where little Sergey lived with his family. One of the leaders of the Armenian Diaspora in Tbilisi, Van Bayburt, said that the house where Sergey Lavrov spent his childhood is really on Ararat Street and said that Lavrov moved to Moscow with his parents at preschool age.

Once in April 2016, when Sergey Lavrov visited Yerevan, Russian Foreign Ministry spokeswoman Maria Zakharova wrote on  Facebook:  ''Ararat amazed by its beauty today and Sergey Lavrov could not help taking a photo''.

Sergey Lavrov is married.  As the friends of the family tell, his wife in many respects was and remains the opposite of her husband. Lavrov is vigorous and stubborn, but Maria is a very quiet, delicate woman.

Their daughter Ekaterina was born in New York. She has graduated from the high school in New York  and entered the prestigious Columbia University, where she studied political science.  Thus, Lavrov became the first Foreign Minister of Russia, whose child got education in the United States. In 2010, Lavrov's grandson Leonid was born.

The Russian Foreign Minister is an organized person. He works on the "empty table" principle. In the morning, you will not find any paper left on Lavrov's table from the previous day.

He has no computer. Lavrov doesn't need it. But the Minister has an iPad, by which he reads the daily news. In the evening, when the city is in darkness, you can see lights lit on the seventh floor when looking at the building of the Ministry of Foreign Affairs of Moscow's Smolensk Square. It is Lavrov, who does not leave his office without finishing his work.

As Richard Holbrooke noted, Sergey Lavrov is "one of the best diplomats of our time."