Asatour Sarafian, the Inventor of Automatic Transmission For Automobiles 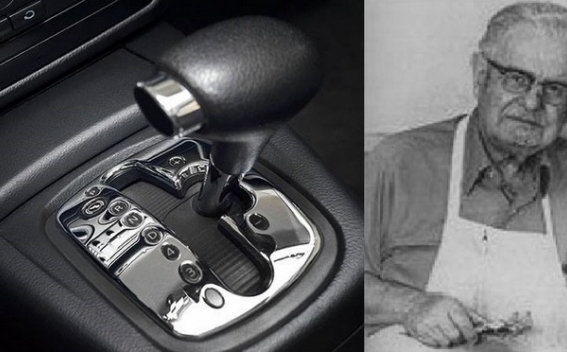 Asatour Sarafian, was an Armenian American inventor who patented a number of works, including an automatic transmission for automobiles, the needleless inoculation gun, the primary controls of the first Sikorsky helicopter, and power steering.

Oscar Banker was born Asatour Sarafian in the Ottoman Empire in 1895 to an Armenian family. The family survived the Hamidian Massacres, organized across the Ottoman empire in 1894-1896. A while later little Asatour became sick and was not expected to live due to the lack of caregiving by his mother who became traumatized from the massacres. His father saved the child's life by using a goat's udder as a feeding bottle in order to feed him grape juice. This technique ultimately brought Asatour back to full health.

Asatour left the Ottoman Empire as a teenager and settled in Chicago. On his arrival in Ellis Island, Asatour Sarafian took up the name Oscar Banker at the immigrants’ desk and began working for a shop that specialized in machinery.  While working at the machine shop, Banker invented a saw-filing machine. After his first invention, Banker dedicated his life to inventing.

Sarafian had a significant contribution in aviation. He invented the primary control of the first Sikorsky helicopter. The invention eventually led to the mass production of helicopters during World War II. It is noteworthy that this invention helped save the lives of more than 20,000 soldiers during WW 2 military operations at the Pacific.

In 1968 Sarafian invented the pneumatic inoculation gun which is widely used across the world for vaccination. It has the ability to administer 2,000 shots an hour. The gun is used throughout the world. When Grenada suffered an epidemic, Med-E-Jet issued many of Banker's pneumatic inoculation guns, which make it possible to stop further spread of the epidemic. On August 2, 1979, Grenada issued a postage stamp to commemorate the Armenian inventor’s achievement that

The inventor of the Armenian descent was not a bright speaker. His Armenian accent hindered his fluent English speech. While at meetings with American engineers the latter took each his word into account.

In 1983 Bob Hull published Oscar H. Banker's memoirs titled “Dreams and Wars of an American Inventor: An Immigrant's Romance”. In his memoirs Banker writes: "America is yet the greatest country existing for opportunity, for achievement and if a person can endure the hardships, ridicule, rebuffs, whatever and keep on going! That is what counts. And absolutely nothing else."