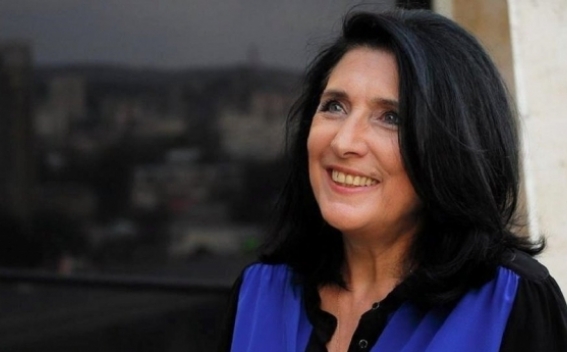 In March 2019, newly elected president of Georgia, Salome Zurabishvili will pay a two-day an official visit to Armenia. This is going to be the second one in a row in the region. Following the assumption of official duties on 16 December, 2018, Zurabishvili paid an official to Azerbaijan on 27 February, 2019.

The Armenian-Georgian relationships have always had an important role on our agenda. The current authorities of Armenia also stress that line of relationships. This is as well testified by the mutually official visits made in 2018. Armenia’s prime minister and president paid one visit each. As for Georgia in 2018, two visits were made, the first one by the deputy prime minister and interior minister, and the second one by prime minister.

As to 2019, three meetings have been held so far, the first one being informal between the prime ministers of Armenia and Georgia. The second one was followed by the official visit of Georgian defense minister to Armenia, resulting in signing a military cooperation program. The third meeting of this year was held during the Davos World Economic Forum.

Against the backdrop of mutually active ties, the first official visit of the Georgian president to Armenia will give an additional positive impulse. The agenda may include a number of bilateral issues, such as the construction of the Iran-Armenia-Georgia gas pipeline, the issue of expansion of transit roads, etc. It is also reasonable to expect Zurabishvili to try to smoothen the statement made on the consequences of the occupation during her visit to Azerbaijan.

It should be noted about the construction of the Iran-Armenia-Georgia gas pipeline that Tehran signed a gas deal with Georgia back in 2016, which apparently enables Georgia to get rid of Azerbaijan's gas dependence. On the other hand, Georgia is actively negotiating with “Gazprom” to acquire gas on favorable terms. In this context, Armenia’s prime minister Pashinyan’s recent visit is noteworthy, where he expressed readiness to start trilateral cooperation with regard to exporting gas to Georgia. Armenia has already been offered by Iran to cooperate in the electricity and gas transit to Georgia and Russia. There is already an arrangement for a quadrilateral meeting in April between Armenia, Russia, Georgia and Iran in Tehran. If an agreement can be reached, Armenia will significantly strengthen its economic position in the region.

Another important issue between Armenia and Georgia is reaching an agreement over Verin Lars corridor and an alternative road. It is known that Russia and Georgia signed a fundamental agreement on "Basic Principles of Customs Administration and Commodity Trade Monitoring Mechanism" in 2011. It aims to create three transit corridors for transportation of goods from Russia to Georgia and vice versa (under s Swiss company monitoring), which will be an alternative to Verin Lars. This checkpoint is of primary importance for Armenia, as goods to Armenia are transported through this corridor, which is occasionally closed due to weather conditions or natural disasters, creating obstacles for the transportation of goods. Talks, in fact, are held directly between Russia and Georgia, however, Armenia, being a party concerned, may indirectly get involved in the process promoting the implementation of the agreement to a possible extent.

Within the margins of the visit Georgia’s Salome Zurabishvili will try to smooth over the statement made in Azerbaijan a few days ago. This accounts for the Armenian-Georgian warm relationships and preservation of bilateral neutrality in the conflicts in the region. The Georgian president has not renounced the regional policy of the former Georgian government. Georgia has always been neutral in the Artskh conflict, referring to OSCE Minsk Group Co-Chairs efforts.

Although Georgia is a country with a parliamentary model of governance, and the president's powers in foreign policy affairs are limited, the visit is important in the light of bilateral relationships and the issues on the agenda.