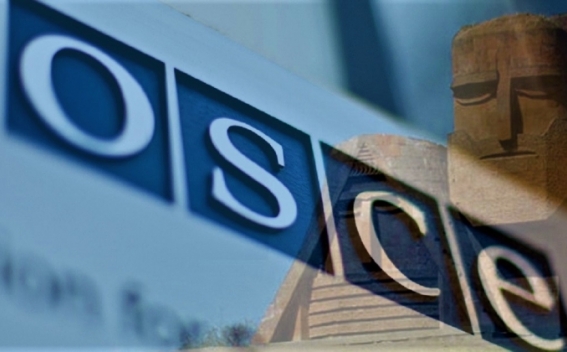 On March 9 the OSCE MG co-chairs issued a statement prior to Aliyev-Pashinyan upcoming meeting. Before we come to the content of the statement one thing should be pointed out.

Question – Why the co-chairs decided to come up with a statement on the eve of the meeting?

This could be justified if the meeting was significant for the resolution of the conflict. But the motive in this case is different. Namely it was the situation risen before the meeting, the meetings without the mediators beyond the scope of talks, a range of manipulations and statements crippling the nature and the content of the talks. The statement itself served to set the talks back on course to prevent further manipulations, to ensure constructive atmosphere as well as to not allow tricks with public mood through fake agenda.

An even more important motive is prevention of possible operations against the backdrop of Azerbaijan’s inflammatory rhetoric and military trainings without prior warnings. Given the 2016 experience the OSCE MG co-chairs will hardly limit themselves by mediator mandate in case of real war threat and fail to take steps to prevent such developments.

Referring to the measures taken so far including the arrangements due to which the number of casualties on the border have reduced, the co-chairs seek to involve the arrangements acquired in Dushanbe by Aliyev and Pashinyan.

Alongside the necessity to defuse tension and inflammatory rhetoric is emphasized. The point is that the co-chairs, in fact, equate the desire to edit the format (regarding Armenia’s ambitions of fully involving Artsakh in the talks) with Azerbaijan’s statements on readiness of renewing active hostilities. In other terms proofreading the talks format is equated with war threat, which is unacceptable.

Moreover, with this statement the mediators are trying to prevent the change of format and stress their willingness to discuss issues as before the interested parties directly affected by the conflict, recognizing that their views and concerns must be taken into account for any negotiated solution to succeed."

Azerbaijan has taken advantage of the recent developments to directly involve the so-called “Azeri community of Karabakh" into the talks process. And such definition on part of  the co-chairs can be played with the same way by Azerbaijan. So the Armenian side faces an issue to promptly take carefully drafted and consistent measures to neutralize Azerbaijan’s steps and eliminate the question from the agenda.

Another disputable definition in this context is “the preconditions being unacceptable.”  In the recent ten years the rationale behind the talks process has assumed direct involvement of Artsakh in the talks after according the principles, in the agreement talks stage. Currently the Armenian authorities emphasize the urgent involvement of Artsakh. In other words the topic at question is not involving or not involving Artsakh but the time of involving. The shift of that emphasis must be well grounded both for the mediators and the international community. Otherwise that can pose risks for the Armenian sides.

Referring to the principles of regulation aimed to shed light on neutralizing a range of recent years manipulations regarding the talks nature. The mediators publicly reiterated the principles laid on the table and those underlying further regulation to exclude possible populistic statements on behalf of the sides for their domestic audiences. To be noted that principle wise there is nothing new in the statement. They also stress their integrity. The same principles were on the table in 2011 in Kazan when the sides were for the first time about to sign them.

This statement misses something else: there is no mention of previous agreements, particularly the necessity of implementation of Vienne, Sankt-Petersburg and Geneva agreements. The above mentioned agreements were reached in 2016 following the April war, as a mechanism to exclude further hostilities. Azerbaijan diligently tried to get rid of them. The agreements reached in Dushanbe and insufficient consistency on behalf of the Armenian new authorities seem to have given that chance to Baku. The result is the failure to include them in this statement.

To sum up, the inconsistent policy of the Armenian authorities in the context of Artsakh issue, particularly sometimes poorly calculated and vague statements have made Armenia’s position towards some issues intricate and uncertain for the mediators. On the other hand unacceptable is the mediators’ policy which equates not-to-be-compared actions and phenomena. That gives Azerbaijan room to maneuver, at the same time mounting the danger of resuming active hostilities.

It is high time to revalue, proofread and clarify the policy, positions and rhetoric of the Armenian sides as well as spare no efforts through all channels to strengthen our positions with the mediators.