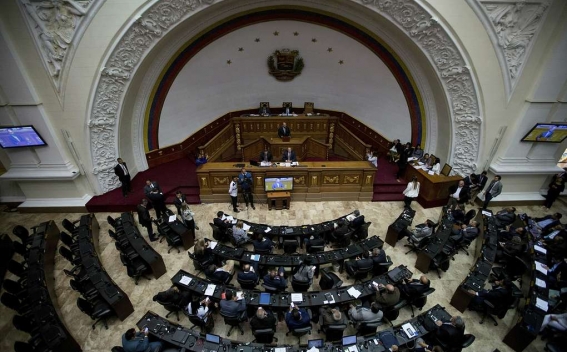 Venezuela's National Assembly has declared a state of emergency over power outage on most of its territory at the request of opposition leader Juan Guaido, TASS reports citing AFP.

"The state of emergency is declared in all parts of the country because of the catastrophic situation that resulted from interruptions in power supply," AFP quoted the parliament's resolution as saying.

Guaido earlier submitted a request to the National Assembly to declare a state of emergency in the country for 30 days over power outages. The draft decree proposed by Guaido also tasks "Venezuela's Armed Forces with mobilizing all resources necessary for adequate protection of facilities and employees of [state energy company] Corpoelec."

On March 7, at least 20 out of 23 Venezuelan states were left without electricity. Venezuela's state energy company Corpoelec said that the blackout was caused by an accident at the Simon Bolivar hydroelectric power station. Maduro blamed "US imperialism" for the accident. The US State Department denied any involvement.