Confidence Building Against No Fulfillment of Obligation 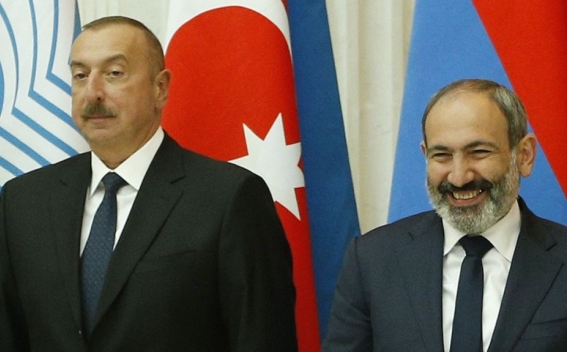 These days the 3rd year of the April war is commemorated. And now more than ever, it is pressing to talk about the mechanisms intended to prevent the possible resumption of hostilities and ceasefire violations.

Following the war in April, agreements were reached on such mechanisms in Vienna and St. Petersburg, and were later reaffirmed in Geneva. They envisaged inclusion of mechanisms of direct involvement of mediators and the international community and guarantees that would allow recording ceasefire violations would naturally reveal the culprit: transparent and internationally acceptable mechanism.

Azerbaijan did their best to get rid of them. They also took advantage of the revolution in Armenia and reached a bilateral verbal agreement with the new authorities to keep the ceasefire. And keeping that agreement (at least keeping it for now), Vienna, St. Petersburg and Geneva were sidelined of the agenda. At present there is a counter-argument as to what is more important - the name or the reality. The new agreement is in effect, soldiers at the border do not die.

Certainly the content is more important in this light and always. That’s why previous agreements can’t be sidelined of the agenda only because they are associated with the previous authorities.

The important thing is, of course, the content because the verbal agreement fulfilled today may not be fulfilled in the future. Armenian Foreign Minister Zohrab Mnatsakanyan himself stated in an interview with “Liberty” and “CivilNet” that there was no guarantee that the verbal agreement would be fulfilled in the future as well. No fulfillment will be followed by the mediators’ impersonalized call for ceasefire. Instead, if we could insist on and reach fulfillment of the existing agreements we would have a mechanism that would explicitly record the attacker and make the international community’s assessments more targeted and tough and would enable us to demand actions also against Azerbaijan and strengthen our positions.

Besides establishing the culture of getting rid of previous agreements at the expense of new ones deepens the existing lack of confidence between the sides and the previously adverse practice of dropping agreements reached through pain-taking efforts.

Hopefully all this is taken into consideration and measures taken to prevent sidelining previous agreements.