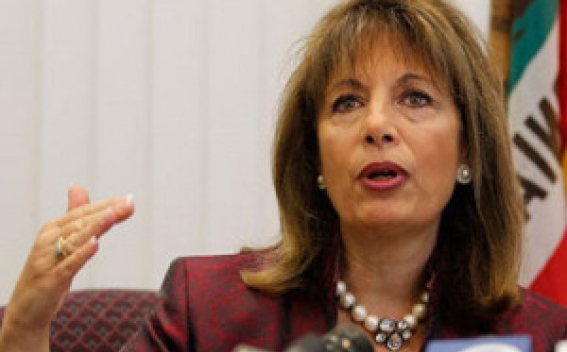 Congresswoman Jackie Spier, who has Armenian roots, has called on Armenian Americans to tweet to Kim Kardashian to press President Trump to properly condemn and commemorate the Armenian Genocide, ''News.am'' reports.

"I think that within our Diaspora we have a secret weapon to get him [President Trump] to do just that [recognize the Armenian Genocide]. I think we all have to tweet to Kim Kardashian and ask her to join us in getting the President to take that action," Jackie Spier said at the Capitol Hill Observation of the Armenian Genocide.

Come on @KimKardashian, you and @kanyewest can get @realDonaldTrump to recognize #ArmenianGenocide if you try hard enough... https://t.co/Ply9TpRbiq