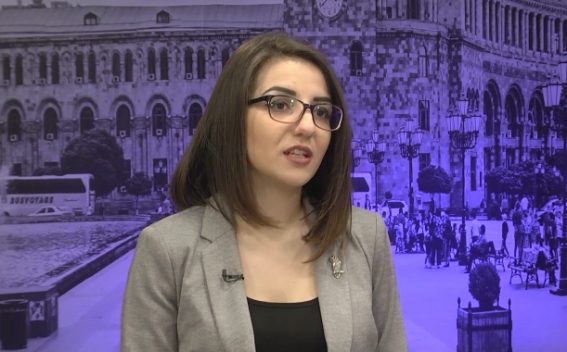 On April 11 prime minister Pashinyan made a statement at the PACE session and answered question of the MPs. Alongside the revolution in Armenia, democratic improvements, relationships with neighbor countries and others Pashinyan spoke about the Karabakh conflict settlement process.

His statement carried a few messages addressed to both the international community and Azerbaijan. Below are some of them.

Nikol Pashinyan stressed that the Artsakh “conflict should be solely be dealt by the OSCE Minsk Group Co-Chairs with the three sides of the conflict, as it is only in this format they know not only the current state of the issue, but also the whole history, the nuances of talks since their start date."

The Armenian sides have always voiced out that Azerbaijan's attempts to shift the issue to other platforms and earn dividends, carry a number of risks and are unacceptable. Pashinyan also touched upon the issue, noting that "the discussions on the Nagorno-Karabakh issue in PACE in January 2016 marked the prelude to the Four-Day April War of the same year and laid a favorable ground for launching offensive the Azerbaijani armed forces."

It is not by chance that at PACE in January 2016 during the discussions of Voltaire and Marcovic reports, the Armenian side called on the delegates to consider that by being part of that discourse and voting for the anti-Armenian resolutions, they give a signal to Azerbaijan and thus share responsibility for the lives of the Armenian soldiers killed on the border.

The proclamation of this thesis at the PACE today is very important, and one can only hope that the message will get across and Azerbaijan's further ambitions will be prevented, especially given the anti-corruption campaign against Azerbaijan at the PACE.

The significance of the OSCE MG co-chairmanship as the only talk format is also important in the context of a few meetings between Pashinyan and Aliyev without mediators following the revolution in Armenia. As a result of these meetings, the viability of the mediation format of the OSCE Minsk Group could be questioned or an impression be made that Armenia is not against other formats. Pashinian's statement, in addition to Pashinyan-Aliyev meeting on March 29, under the auspices of the OSCE Minsk Group co-chairs, defused those thoughts.

The rights of the Artsakh people should be protected

“If Nagorno Karabakh is not internationally recognized as an independent state, how come there is an international debate over whether people living in Nagorno-Karabakh are people? Is it a document, rather than real people that matters for one of the world’s leaders of human rights protection, for the Council of Europe?” said Nikol Pashinyan.

The Council of Europe can not allow the existence of black holes and not support the establishment and development of Artsakh NGOs and democratic institutions. This has been repeatedly stated in the recent years and this issue should continue to be on the agenda.

Artsakh is part of Europe, shares the European system of values, and consequently, the protection of the rights of the Artsakh people should be part of the European agenda, regardless of status.

"The peace agenda and the proposals to our Azerbaijani colleagues and the public to bring the peace resolution to life  have been one of our most important tasks," said Pashinyan, stressing that one of the important steps in this context is the restoration of the talks format, Artsakh’s return to the negotiating table.

Under the peace agenda he emphasizes the importance of starting a dialogue between the societies, "that we prepare our societies for peace and not war." As a platform for dialogue, the prime minister again offered to pay attention to the discussions on social networks.

The peace agenda is important, however such an offer should come maximum from one side to reduce the risks on the one hand and provide perceivable for the society steps on the other hand. Public discussions and presenting Artsakh’s positions  are important. Also it is important to have gurantees that Azerbaijan is also ready to take steps and prepare ttheir public for peace. Otherwise such an initiaitve on behalf of Armenia can be wrongly perceived by Azerbaijan and pose new risks.

To sum up, it should be noted that PACE is one of the important platforms for discussing the European agenda, in particular human rights and democracy issues. And Artsakh related issues should be kept on the agenda, but not from the point of view of the settlement process, but first of all from the point of view of Artsakh people’s rights protection. The Council of Europe has a lot to do in Artsakh.