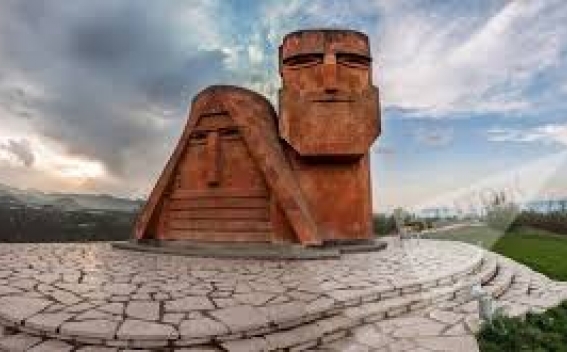 “We as a nation, a state must clearly formulate our vision of settlement of Karabakh issue. It is weird that so far we have not held public discussion on the subject,” RA prime-minister Nikol Pashinyan said during an April 22 meeting with the lecturers and students at the state economic university of Yerevan.

It goes without saying that the settlement of Artsakh issue is not up to the authorities of either side. This issue has to do with the life and destiny of the people of Artsakh, and consequently the people of Artsakh shall settle the issue. The people have already implemented the acceptable for them settlement by self-determination and by forming an independent state. The objective of the Armenian negotiators should be de jure formulation of that settlement and reaching international recognition of independence of Artsakh.

This is the settlement proposed by the Armenian people. No need to expect a more detailed “guideline” on behalf of the people. Thus no need to expand the circles of discussion of the issue and expect solutions and answers from the Armenian people. The acting authorities have already defined the objective of returning Artsakh into the talks table. If implemented, this will enable official Stepanakert to present its will and approaches.

It will be up to the politicians representing Armenia, Artsakh and Azerbaijan to find political formulations and definitions. The people have given their mandate by voting for the political programs of winning candidates.