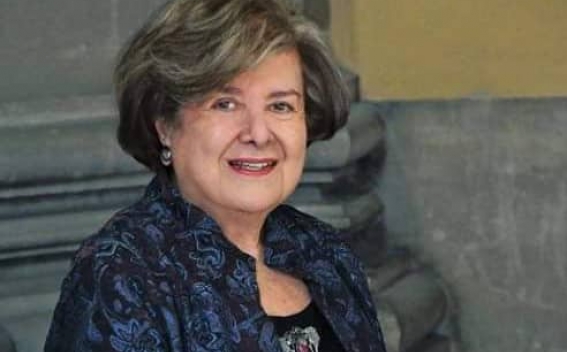 Anna Kazanjian was born in New York, in 1928, to the family of Armenian migrants. Passion for science was demonstrated at an early age. Her father was an Armenian immigrant from Aleppo, and her mother from Constantinople. The family had undergone the Armenian Genocide and reached the US after WW1. Her mother’s maiden name is Yazejian, her great uncle was well known teacher and leader Hayk Khojasarian.

With her doctoral degree from Colombia university in 1952, Anna became the first female scientist in mechanical engineering. “We, the women, should work on our self-esteem and not allow faliures,” she said in an interview.

Longobardo was one of the first women in the United States to work on board navy submarines, destroyers and other vessels. She designed and evaluated submarine-towed buoy used to calibrate sonar. Her design increased navigational accuracy for submarines that operate below periscope depth.

In 1956 when they accept her as a leading specialist in "Sperry RAND", she gets engaged in the development of analog and digital programs.

In those years she made a great contribution to the development of navigational systems in the aviation industry, in particular, participated in the creation of the “Saturn” missile and the “Viking” space system as well as the “Avangard” project.

The “Avangard” project intended to send the first American satellite into the orbit, however, the rocket blew off upon launch. After the unsuccessful launch “Sperry RAND” rejected civilian orders and went on to produce military products.

Anna began to work on calculating the flight of “Atlas” type ballistic systems designed for the Pentagon. 1957 Anna Kazanjian developed specific guidelines that allowed to hit the target at 10,000 miles. Her calculations were included in a super-confidential collection, which was accessible only to the country's top officials. Two years later, NASA was finally able to use these calculations to launch several satellites.

These achievements made Anna Kazanjian chief of Exploration and Development of Military Engineering Systems. Later she became head of “Woodward Clyde Group” engineering company and executive director of “Unisys Corp”.

“We can do more if we want. The important thing is that we strive to do something. There is nothing impossible,” Kazanjian said.

Until 1965 before becoming head of the Division for Exploration and Development of Military Engineering Systems, Kazanjian was not only engaged in the creation of systems, but also personally participated in test flights.

Anna is one of the founders of the Society of Women Engineers.

In 1966-1970 she was the director of the New York Technical Enterprises Council. Kazanjian is still a fellow of Barnard College Mechanical Engineering Council. She currently lives in Bronxville, New York.