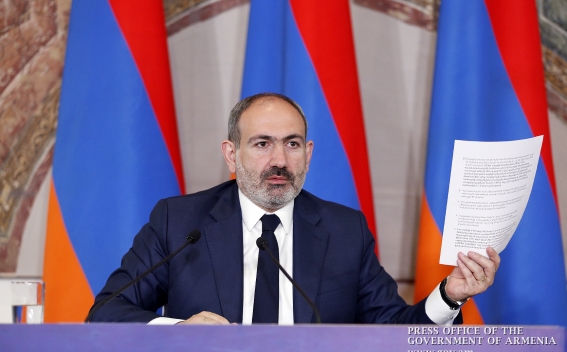 "The operative connection with Azerbaijan operates in a round-the-clock mode." Armenia’s prime minister Nikol Pashinyan stated at a news conference on May 8 and added that there are mutual blames of border tensions over the past week and now they are trying to understand what is happening and conclusions will be drawn accordingly.

The prime minister's statement raises a number of concerns. First of all it is normal for Azerbaijan to throw the blame in the wake of the developments on the Artsakh issue and the escalation of border tension without accepting its own fault. This is Baku’s beaten track. It is strange that the Armenian side gives way and plays the Azerbaijani game, but also insists that through the operative connection with Azerbaijan they try to understand what is happening. What does this mean? The Prime Minister does not trust the commandership of his own armed forces and the information they provide about the border situation? Or is it possible that the Armenian side, without violated the ceasefire regime without his knowledge? Regardless of the answer, the existence of these issues raises extreme concerns.

Besides, it is important to not forget that the mechanism of avoiding mutual blames and clarifying the cases of ceasefire violations was in place soon after the April war. It is the St. Petersburg, Vienna, Geneva agreements, Azerbaijan was consistently seeking to remove from the talks table. Given the fact that the recent statements on the Nagorno-Karabakh conflict settlement (first of all those of the OSCE Minsk Group co-chairs) do not contain a reference to these agreements, one can conclude that Baku  succeeds to some extent.