The Past, the Present And the Future of the Ceasefire Agreement 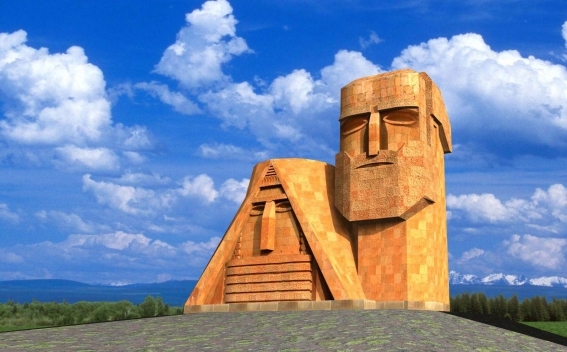 May 12 marked the 25th anniversary of Karabakh war ceasefire agreement. 25 years ago the Armed Forces commanders of Armenia, Artsakh and Azerbaijan signed a paper to officially put an end to the war and lay the ground for conflict regulation in peaceful conditions.

In fact 25 years ago we got “neither war nor peace”, a regularly escalating situation across the border, casualties, injuries both among soldiers and the peaceful population. In April of 2016 Azerbaijan even unleashed a war…

In 1995, a year after signing the ceasefire agreement, its consolidation measures were also agreed upon. However that did not provide full observance of the agreement. Azerbaijan has always avoided to admit its fault for aggravation, and even after the four-day war, it was trying to lift the 1994 trilateral agreement, allegedly replacing it by a verbal agreement between the heads of the Azerbaijani and Armenian Armed Forces General Staff on April 5, 2016. Of course Baku did not succeed.

Moreover, following the April war, the issue of reinforcing the ceasefire and creating internationally controlled mechanisms has gained momentum. As a result, agreements were reached in Vienna, St. Petersburg and Geneva, which enshrined the obligation to create such a mechanism. It was supposed to create a transparent mechanism for all the parties and the mediators that would record every case of ceasefire violation and to point out the aggressor. Baku did its best to prevent the implementation of this mechanism, and to remove those agreements from the agenda.

To that end, Baku also used the verbal agreement reached by Armenian Prime Minister Nikol Pashinyan and Azerbaijani President Ilham Aliyev in Dushanbe in 2018 to maintain ceasefire. And the Azerbaijani side was relatively loyal to that arrangement for quite a long time, in order to show that there is no need to go back to the past and that they can move forward with new arrangements with the new authorities. The goal, in fact is to avoid the international mechanism and its possible consequences.

Baku's disguised constructiveness did not last long and during the past two weeks the Armenian side had two wounded. As Nikol Pashinyan stated on May 8, these incidents are discussed with the Azeri side via the operative link, but the latter also blames and the sides are trying to clarify the situation. Such a development was not a surprise, since it was naïve to expect drastically positive changes in Azerbaijan's policy.

Moreover, on May 9, the Azerbaijani Foreign Ministry issued a statement criticizing the Armenian political leadership's participation in the Shoushi Liberation Day events and stated that "the Armenian side is responsible for further developments." Baku threatened once again.

Experience showed once again that leaning on Baku's goodwill and cherishing hopes is a way of no avail. It is even risky as Baku takes advantage of the optimism and loyalty of the Armenian sides to advance its interests.

Indeed, over the past three years it has been impossible to achieve the implementation of agreements reached in Vienna, St. Petersburg and Geneva, and the Dushanbe agreement has set a relative calm of several months and saved lives. However, in the long run more functional, more viable and guaranteed mechanisms are needed. It may be not only Vienna, Saint Petersburg and Geneva agreements (which should be kept on the agenda anyway), but also a new trilateral document on non-use of force and threat must be signed.

Only a trilateral agreement will allow full supervision of the situation and only transparent and reliable for the international community mechanisms will allow to hold Azerbaijan accountable for the lives taken away. Otherwise all that is but political games having little to do with constructiveness and safety.