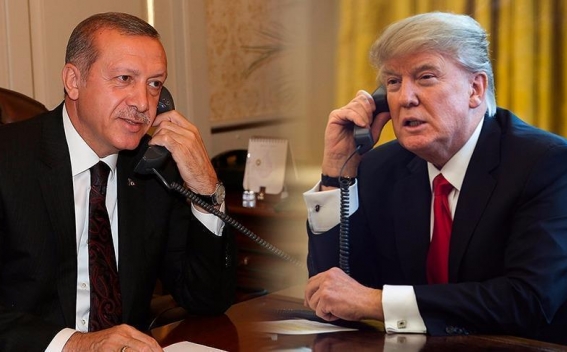 Turkey’s lira firmed nearly 1% on Thursday on expectations that ties with Washington will improve after the two presidents discussed Ankara’s purchase of Russian S-400 missile defense systems during a call, Reuters reports.

The lira was down as much as 14% this year due in part to growing friction between the NATO allies and the risk that delivery of the Russian-made surface-to-air weapon would trigger U.S. sanctions. Washington says the S-400s would compromise its F-35 fighter jets.

During Wednesday’s call, Turkish President Tayyip Erdogan reiterated to U.S. President Donald Trump a proposal to set up a working group to assess the impact of the S-400s. The two also agreed to meet on the sidelines of a G-20 summit in Japan at the end of June.

Turkey’s dollar-denominated sovereign bonds also surged, with the 2030 issue up 0.9 cents on the dollar, its most in two weeks, according to Tradeweb data. The 2045 issue climbed 0.7 cents.

The call between the leaders sparked hopes that there may be a deal regarding the missile defense system and remove the threat of sanctions on Turkey, said Jason Tuvey, senior emerging markets economist at Capital Economics.

“The default remains that Turkey will take delivery of the S-400s from Russia. So, investors will need to see some further steps over the coming weeks to feel more confident that tensions are de-escalating,” he said.