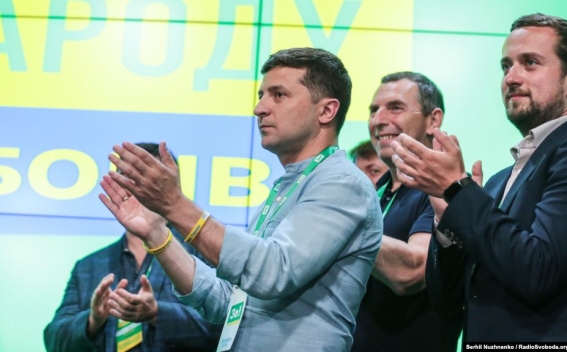 The Central Election Commission (CEC) said the ruling party had secured 42.35% of the votes after almost a half had been counted on Monday, Euronews reports.

This was followed far behind by the pro-Russian party Opposition Platform for Life, which secured 12.8%, and former Ukrainian president Petro Poroshenko's party, European Solidarity, with 8.7%.
Հայերեն На русском