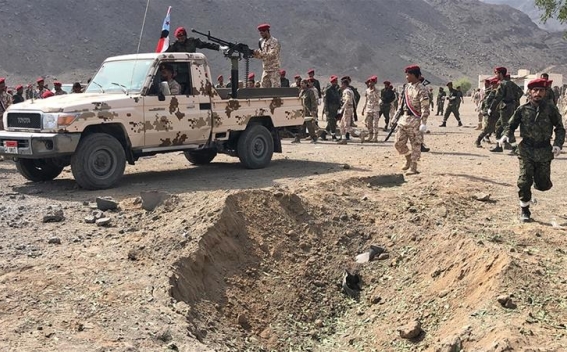 A missile attack on a military camp in Aden, the seat of Yemen's internationally recognised government, has killed dozens of people and wounded many others, according to reports.

The Houthi rebel movement, which controls the capital, Sanaa, claimed responsibility for Thursday's attack which targeted a military parade at the al-Jalaa military camp, in Aden's Buraiqa district, Al-Jazeera reports.

The Houthis' official al-Masirah TV said the group launched a medium-range ballistic missile and armed drone at the parade,  which it described as being staged in preparation for a military move against provinces held by the rebels.

The Reuters news agency quoted a medical and a security source as saying at least 32 people were killed in the attack. A health official told The Associated Press news agency the death toll stood at more than 50.