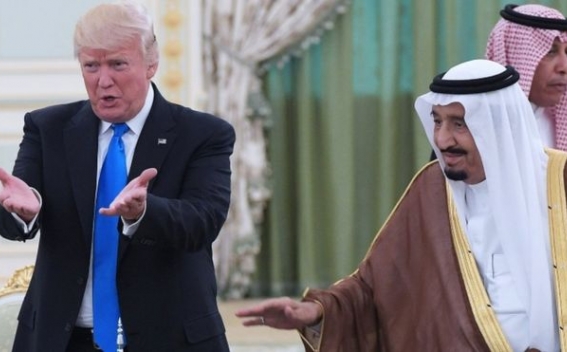 President Trump on Sunday said that the U.S. would be tapping into its Strategic Petroleum Reserve "if needed" in the wake of attacks on oil sites in Saudi Arabia. "I have also informed all appropriate agencies to expedite approvals of the oil pipelines currently in the permitting process in Texas and various other States," the president said in a series of tweets, CNS News reports.

The attack over the weekend could disrupt an estimated 5.7 million barrels of oil per day, or more than 5% of the world's daily supply. Oil prices surged more than 10% late Sunday.

Mr. Trump's announcement came after a National Security Council meeting with Secretary of State Mike Pompeo and Defense Secretary Mark Esper at the White House. The president then tweeted "Saudi Arabia oil supply was attacked" and the U.S. is "locked and loaded" pending verification from Saudi Arabia as to who was behind the attack.