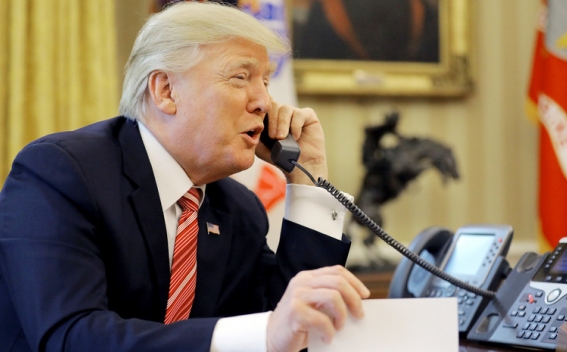 A communication between President Donald Trump and a world leader prompted a whistleblower complaint that is now at the center of a dispute between the director of national intelligence and Congress, a source familiar with the case told CNN.

The concern was first revealed by The Washington Post, which reported that an official in the American intelligence community was so bothered by a "promise" Trump made to a foreign leader that the official filed a formal whistleblower complaint with the inspector general of the intelligence community, citing two former US officials familiar with the matter. CNN has not independently confirmed the detail about a "promise" made to the foreign leader.
The source who spoke to CNN would not disclose the foreign leader with whom Trump was alleged to have spoken.
На русском